Mesothelioma is a “despicable disease” but there is an opportunity to “fight it head-on”, delegates at the launch of the fourth phase of IOSH’s No Time to Lose campaign heard.

Key stakeholders and industry professionals came together to hear how the Institution plans to raise awareness of the risks of exposure to asbestos – the most deadly carcinogen – in workplaces.

The event was held on Monday 9 April at BMA House in London. On the same day, an IOSH-organised thunderclap – a social media tool used to spread a message as wide as possible – was sent out from 295 social media accounts, reaching an audience of nearly half a million.

Every year, well over 100,000 people die across the globe from an asbestos-related disease, yet an estimated 125 million are still exposed at work annually.

In the UK alone, the annual death toll from asbestos-related diseases caused by workplace exposure stands at about 5,000. 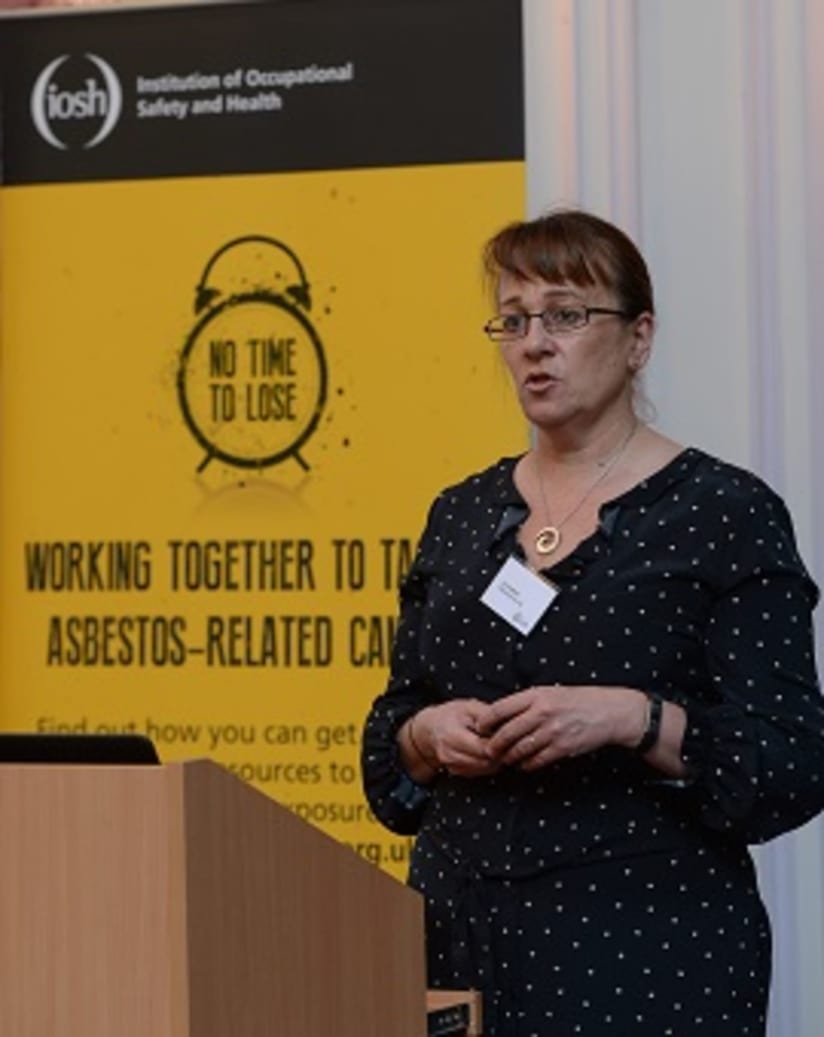 The most common of these diseases is mesothelioma. Liz Darlison, Director of Services at the charity Mesothelioma UK, described NTTL as a “wonderful campaign” and urged delegates to take action.

She said: “Mesothelioma is the most despicable cancer you an imagine being diagnosed with. It’s a death sentence.

“In the UK, we have an opportunity to fight this disease head on and do something about it. This cancer is preventable. It should never have happened.”

Liz highlighted that 20 tradesmen die in the UK every week from asbestos-related diseases. But she added it is not just construction workers who are at risk.

“I can’t count the number of doctors, nurses and school teachers who I have looked after,” she added. “Public buildings are riddled with asbestos.”

An estimated half a million UK buildings still contain asbestos, despite its use being banned in 1999.

Colette Willoughby, Principal Examiner (Asbestos) for the British Occupational Hygiene Society, said asbestos is an issue for everyone, adding that tens of millions of tons of the mineral still remains in UK buildings.

She said: “It doesn’t discriminate. It doesn’t care who it effects.”

She went on to say that managing asbestos doesn’t have to be complicated for businesses and can be done by following three steps: establishing if any is present in buildings; if there is, identifying the risks it presents; putting measures in place to manage those risks.

She added: “It does sound simple, but it is crucial that people acting on those steps have the required knowledge.”

IOSH has created free resources to help businesses ensure that their employees are not putting their futures at risk. They can be accessed at the campaign website at www.notimetolose.org.uk