Taking place until 23rd January, the three-day event features 1,337 exhibitors from 59 countries, covering 60,000sqm of space at the Dubai International Convention and Exhibition Centre, a five percent increase over the previous year.

His Highness Sheikh Mansoor bin Mohammed, Intersec’s Patron, was accompanied by senior government officials, organisers, and representatives from the regional security industry at the opening ceremony. He said: “Safety and security has increasingly grown in importance for all of us today and over the last 20 years, Intersec has grown into the most important trade show for safety and security globally.

“Intersec has played a significant contributory role in enhancing the safety and security of our society by bringing the latest innovations and developments within reach of Middle East buyers and establishments. The show’s success underlines the importance of Dubai’s role in driving change, innovation and development across the region.” 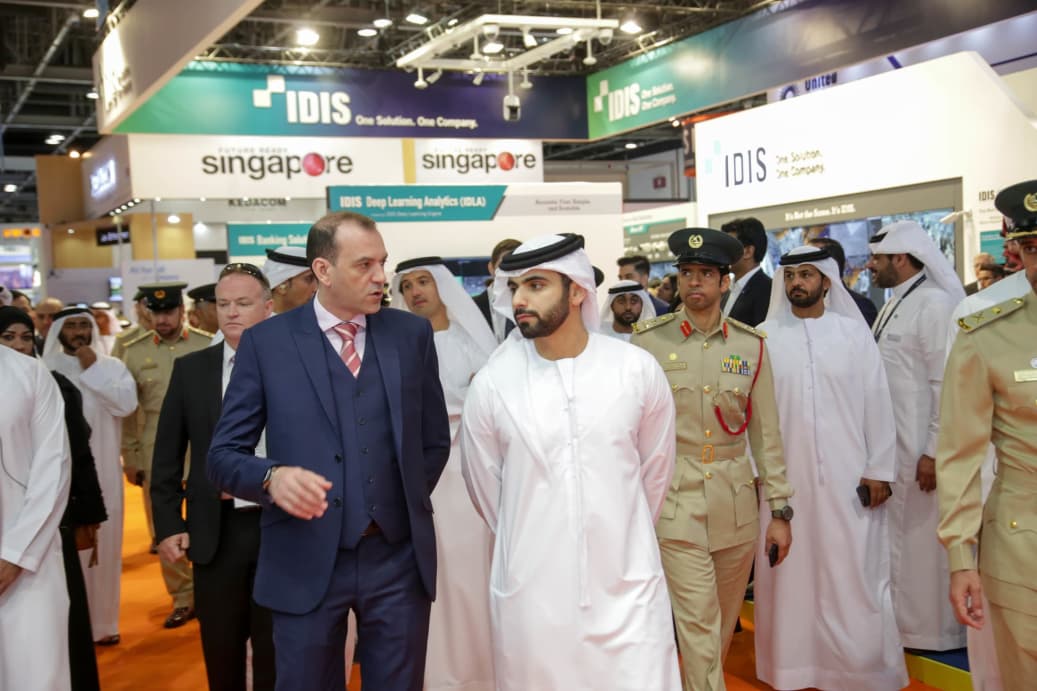 Fire & Rescue recorded the largest year-on-year exhibitor growth at Intersec 2018, with 448 companies on board this year, a 24 percent increase over 2017. Information & Cyber Security too continues its upward growth trajectory, and this year features 52 exhibitors dedicated to combating cyber threats, espionage, and online criminals.

Ahmed Pauwels, CEO of Intersec’s organiser Messe Frankfurt Middle East, said: “Spearheaded by the UAE, the Middle East has undergone rapid economic transformation, and with it, the need to keep critical infrastructure, assets and people safe and secure.

“That rapid transformation is reflected in the market itself, and when Intersec made its debut in 1999, when it featured just 61 exhibitors, the Middle East homeland and commercial security market combined was worth just US$52 million.

“Since then, the market has grown at a remarkable compound annual growth rate of 33 percent, and is currently worth US$12.2 billion. That growth too is underlined by the business success of many Intersec exhibitors – 13 of which participated at the first Intersec in 1999, and returning in 2018. Many others have been with the show for more than 10 years, and during that time, have watched their business volumes grow in double digits,” added Pauwels.

Spearheading the show highlights on the opening day at Intersec 2018 was the new Indoor Drone Zone, where the show’s Government Partners the Dubai Police and Dubai Civil Defence were among those delivering live demonstrations of their latest drones in action.

Meanwhile, the Live Outdoor Demo Area was home to some exciting Firefighting rescue applications, Armoured Cars, and a line-up of Dubai Police Super Cars. Here was also the scene for the Middle East unveiling of the Bristol FL 60 XR – the world’s highest aerial platform with fire rescue ladders providing an outreach of 31.5 meters.

Korean company IDIS is also among 19 of the world’s top 20 security solutions providers at Intersec’s Commercial Security section in 2018. The video surveillance provider this year launched in the Middle East and Africa several new solutions and technologies, including its IDIS Deep Learning Analytics Engine that utilises artificial intelligence (AI).

Harry Kwon, General Manager for IDIS in the Middle East and North Africa, said IDIS has developed AI technology in its existing equipment, enabling surveillance that is more accurate, fast and scalable.

“At Intersec, we’re demonstrating the latest iteration of IDIS Deep Learning Analytics for the proactive monitoring of people, cars, bicycles as well as showing alerts for object detection, loitering and intrusion – all adapted to fit the 16.9 ratio video surveillance sizing,” said Kwon. 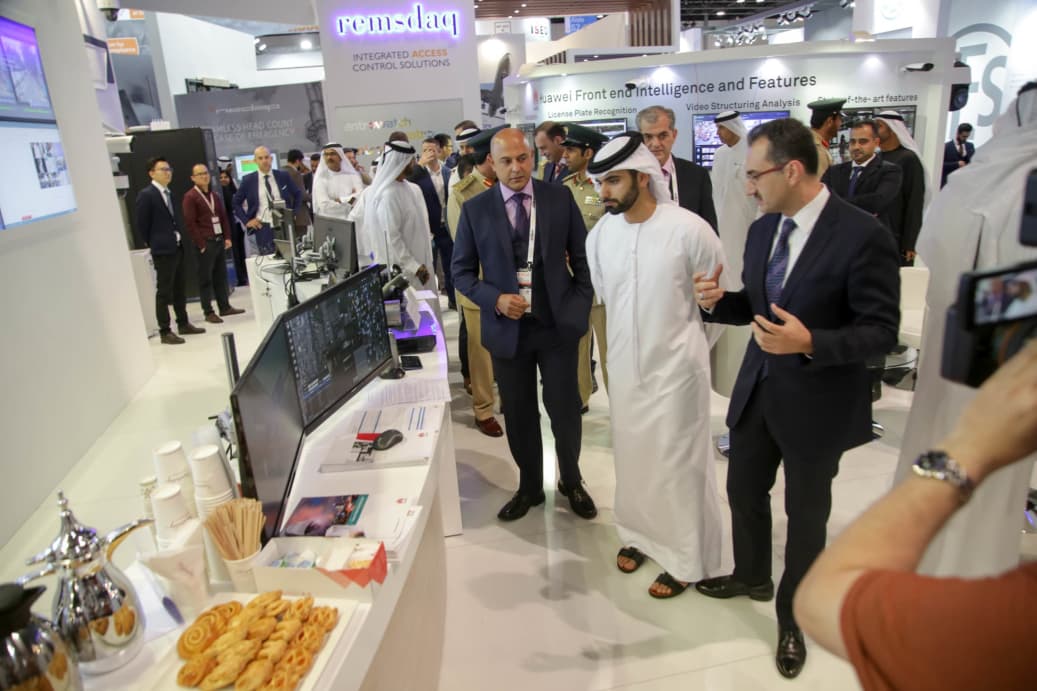 “While continuously in development, IDIS has self-developed the engine base for image classification, object detection and segmentation, which can analyse vast datasets without difficult pre-calibration work. IDIS Deep Learning Analytics will serve the real world, and deep learning means a user can look at a scene and intuitively understand how a pattern has changed and proactively respond accordingly.”

“At Intersec 2018, Industrial Scientific is launching iNet Now live monitoring that provides real-time text and email alerts for gas hazards, panic, and man-down situations allowing users to see and respond to incidents as they happen.

Intersec 2018 returns with regular popular highlights such as the Safety Design in Buildings Pavilion and a Smart Home Pavilion, while a comprehensive three-day conference programme is led by the new Middle East Drones Conference and the Middle East Artificial Intelligence and Information Security Conference.