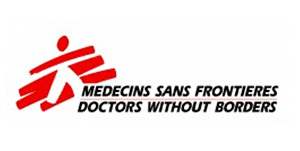 DAKAR, Senegal, October 22, 2019/ — A pilot program to introduce safer mining practices in Nigerian gold mining communities has reduced blood lead levels by 32% according to a study published today. This is the first study to report on a successful intervention to reduce lead exposures among artisanal miners in communities were hundreds of children have died from lead poisoning from the high levels of lead present in the gold ore.

“This is an extraordinary achievement demonstrating that it is possible to significantly reduce lead exposures among highly exposed informal miners with simple safer mining practices,”

“These results exceeded expectations and are comparable to what large scale lead-industries strive to achieve with millions of dollars in investment over multiple years,” Gottesfeld added.

The organizations involved demonstrated that working cooperatively with miners and the community could result in significant health improvements with a relatively small investment that would not impact the long-term economics of these mining operations. In addition to training thousands of miners, they worked to put in place hand washing stations, change areas, and separate eating areas to reduce exposures.

The safer mining project took place in the Shikira community in Niger State. A bore well was installed to provide wet spray misting to lower airborne lead levels at the ore processing site serving this community. The group reported earlier this year that that these control measures reduced airborne lead exposures by 95%.

Blood lead levels are considered the best measure of exposure. The organization tracked quarterly blood lead levels of a representative group of 58 miners over 19 months.  The study also found that women miners had higher lead levels and experienced lower reductions than men (23% vs. 36%). The study “Declining blood lead levels among small-scale miners participating in a safer mining pilot programme in Nigeria” was published in the British Medical Journal Occupational and Environmental Medicine (available at: https://oem.bmj.com/content/76/11/849.full?ijkey=SBauMJp1hDnktzz&keytype=ref )

Philip Aruna, Head of Mission in Nigeria for Doctors Without Borders said “We showed that by working cooperatively with the entire community we can bring significant reductions in lead exposures.”

“Following our extensive outreach and training, the miners were motivated to take measures to reduce hazardous lead exposures and invested their own time and money to implement these protective measures.”

Lead causes severe neurological deficits and death among children in these communities, but even at low exposure levels is responsible for 674,000 deaths each year primarily due to cardiovascular disease. Investments in safer mining to reduce lead exposures would have a significant return on investment compared to the costs of treating severe lead poisoning in these communities.

There are an estimated 40 million informal small-scale miners working in at least 70 countries around the world.  In addition to artisanal gold mining, informal lead mining accounts for an increasing share of the global lead supply.

Karla Bil, with Doctors Without Borders and an author of the study said that “Our pilot project demonstrated that safer mining practices are feasible, cost effective and can greatly improve health outcomes in mining communities impacted by severe lead poisoning.”

She added that “there is an immediate need for the Nigerian government to invest in safer mining practices throughout impacted communities in Northern Nigeria to apply these measures to improve health and reduce childhood lead poisoning.”

In addition to introducing wet methods, OK International focused on training miners to reduce community exposures by implementing simple measures including handwashing, showering, setting up separate eating areas, and changing out of work clothing before going home at the end of the day. The overall cost for capital improvements for this community was approximately $5,000.