Regulatory Standards for Gloves that Protect Against Viruses 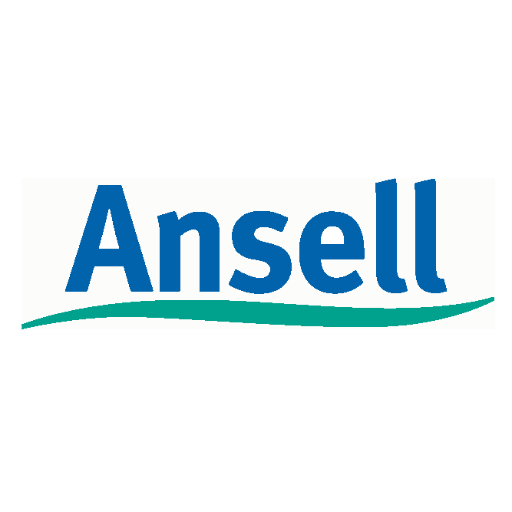 When choosing a glove for protection against viruses like the one that causes COVID-19, it’s important to know which regulatory standards exist to help ensure proper protection.

In the European Union, the EN ISO 374:2016 standard measures the ability of gloves to protect users against dangerous chemicals and micro-organisms. Part 5 of the EN ISO 374 standard outlines the terminology and performance requirements for micro-organisms risks (including viruses). Gloves featuring the EN ISO 374-5 VIRUS pictogram on packaging are proven to prevent the penetration of viruses through the glove material when tested in accordance with ISO 16604*.

In North America, the ability of gloves to protect against micro-organisms is defined by ASTM F 1671, a similar test to ISO 16604, whereby a sample of glove material is placed in a test cell with a bacteriophage under pressure one side. The glove is only confirmed as protective against viruses if there is zero penetration of bacteriophage into the other side of the test cell. 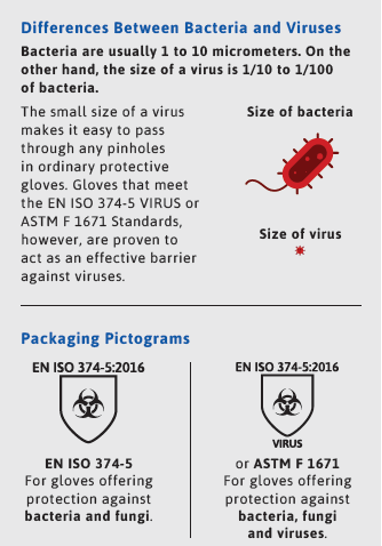 In the European Union, a glove claiming to offer a level of chemical protection must comply with the new EN ISO 374 standard. The standard consists of five parts,  Part 2: Determination of resistance to penetration, determines the gloves ability to resist the penetration of chemicals. Part 5 – EN ISO 374-5:2016 Terminology and performance requirements for micro-organisms risks, specifies the performance requirements for gloves that protect the user against micro-organisms. There are two classifications:

a. Protection against bacteria and fungi

b. Protection against viruses, bacteria and fungi

A glove claiming protection from bacteria and fungi must carry the following pictogram and warnings;

What is Penetration, Permeation and Degradation?

Penetration is the movement of a chemical and/or micro-organism through pinholes or other imperfections in a protective glove material at a non-molecular level.

is the process by which a chemical dissolves and/or moves through a protective glove material on a molecular level.

Sometimes chemical protective gloves can act as sponges, soaking up the liquids and holding them against the skin. This degrades the glove. Degradation is the change in one or more physical characteristics of a glove caused by contact with a chemical or bodily fluid. Indications of degradation are flaking, swelling, disintegration, embrittlement, colour change, dimensional change, appearance, hardening, softening, etc.

Understanding the Risk of Chemical Exposure

Regulatory Standards for Gloves that Protect Against Viruses 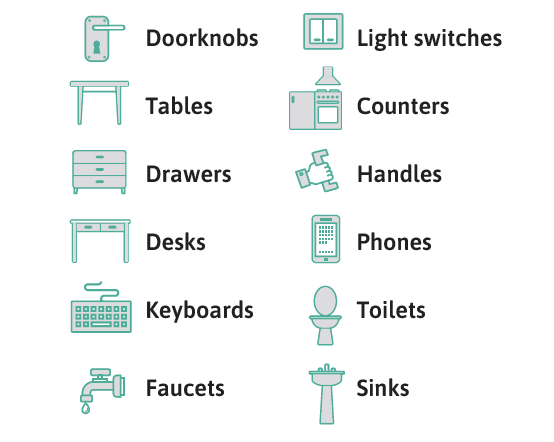 Disinfecting Your Home While Caring For Someone Sick With Covid-19 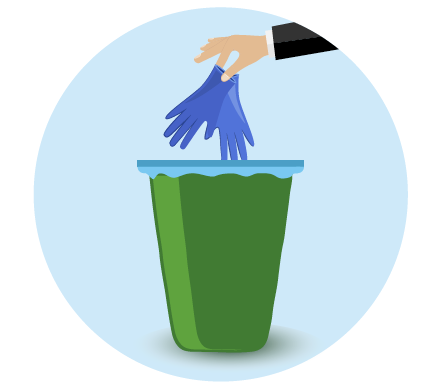 Disposal Of Single Use Gloves