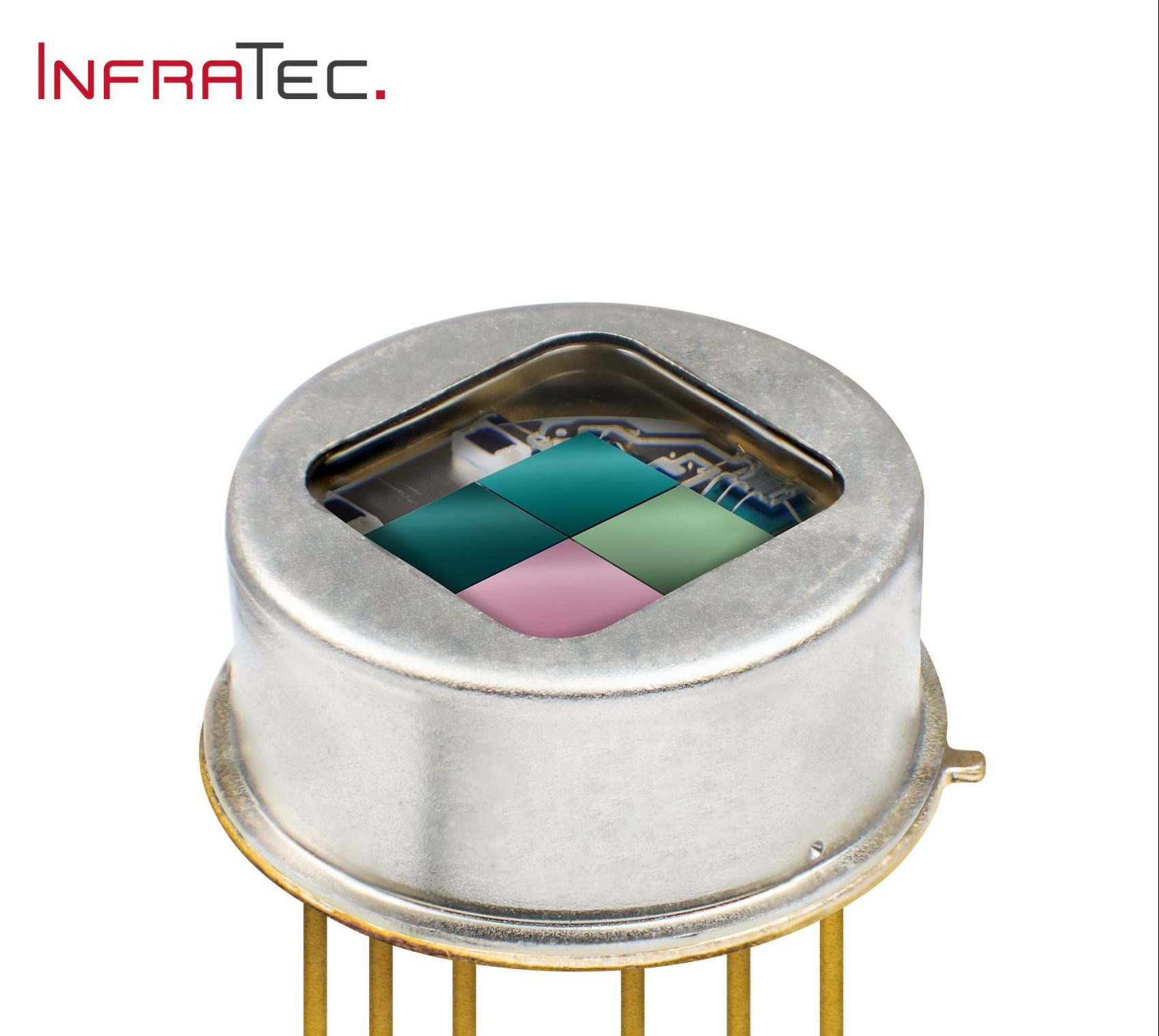 When organic substances such as wood, natural gas, petrol and various plastics are catching fire, spectral radiation of typical wavelengths is emitted. As a specialist in flame detection technology, InfraTec is expanding its range of specialized detectors that detect radiation in precisely this area. The new miniaturized multi channel detector LRM-274 is characterized by the fact that as a low-power detector it requires only one unipolar supply voltage.

The power consumption of such components, which are also referred to as single supply detectors, is several times lower than that of conventional standard detectors. They are particularly suitable for operation in industrial fire protection and early fire detection devices. The thermal compensation of the LRM-274 ensures stable operation even in the event of severe temperature fluctuations.

Reliability in everyday life is also the aim of a detail included in an InfraTec detector for the first time. This refers to integrated heating resistors with which users themselves test the detector if necessary and thus test the complete signal chain as well as the components. This ensures a significant degree of additional safety especially when used in flame sensors. This enables to clearly determine at any time whether the respective measurement device still functions correctly.

Another strength of the LRM-274 lies in the preconditions offered by the detector for easy integration into appropriate equipment environments. The operational amplifiers used during signal processing work within a range from 2.7 V to 5.0 V. This allows the detector to be easily integrated into the voltage range of the subsequent processor. Apart from this, due to its thermal compensation, it requires only a very small voltage reserve. An excellent ratio between useful signals and interference signals also makes it resistant to interferences.

Large field of view as a precondition for efficient use in practice In addition to its low energy consumption, the latest innovation of InfraTec is characterized by a very large field of view. Symmetrical and more than 90 ? wide, this allows the detection of flames at constant signal ratios even for large angles of incidence. In addition, sensitive elements with a particularly large size of (2 ◊ 2) mm2 ensure a high signal-to-noise ratio. This results in tremendous performance, which can be measured by tangible data, such as the value of the specific detectivity D*.

The quad channel detector belongs to the series of PYROMIDÆ detectors. With this detector, users can measure three absorption bands simultaneously and also use a reference channel. The TO8 housing (ÿ 15.2 mm) of the LRM-274 has a robust aperture window of approximately (8.5 ◊ 8.5) mm2, which protects the detector from external influences. Its miniaturized design and optional hermetic seal support easy integration into existing systems.

The InfraTec infrared sensor and measuring technology company was founded in 1991 and has its headquarters in Dresden, Germany. The privately held company employs more than 200 employees and has its own design, manufacturing and distribution capabilities.

Spectrally single and multi channel infrared detectors count among the products of the infrared sensor division, next to Infrared sensors with electrically tunable filters based on MOEMS. These detectors can be used in gas analysis, fire and flame sensor technology and spectroscopy.

With its infrared measurement technology division, InfraTec is one of the leading suppliers of commercial thermal imaging technology. In addition to the high-end camera series ImageIRÆ and the VarioCAMÆ High Definition series, InfraTec offers turnkey thermographic automation solutions. 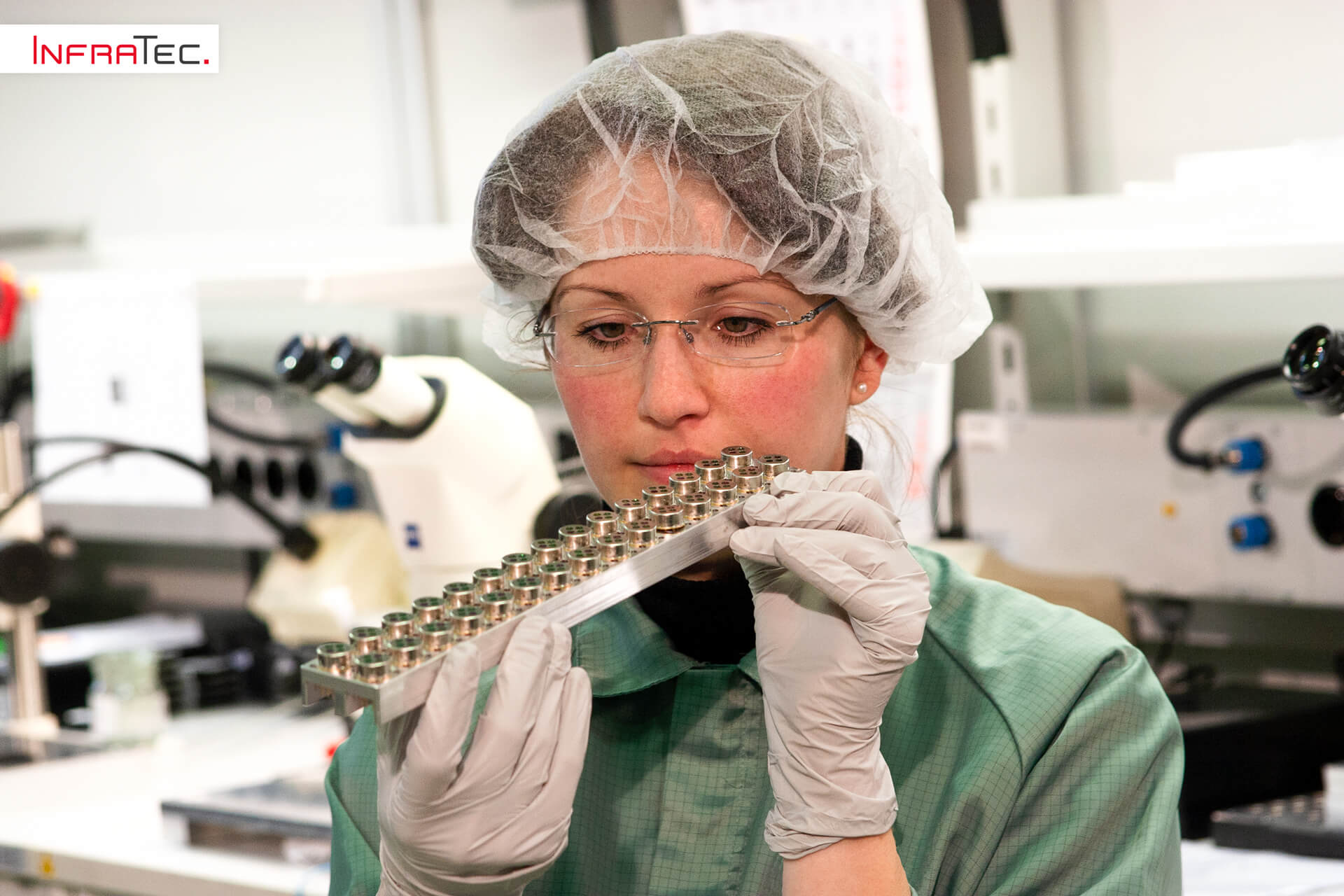 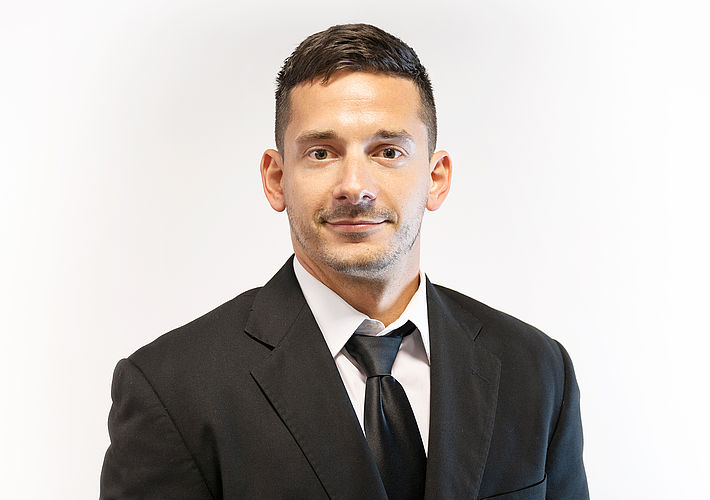 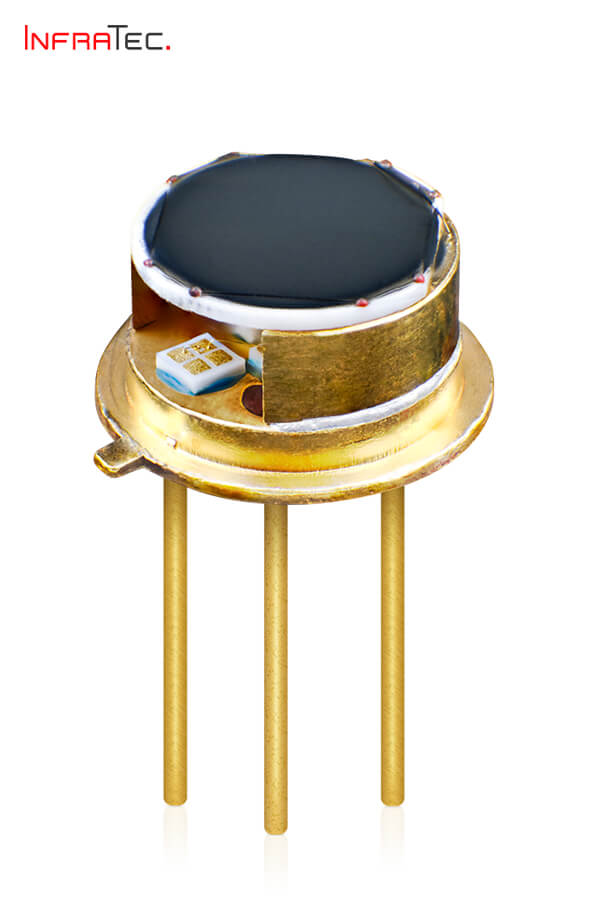 In the Service of Meteorology 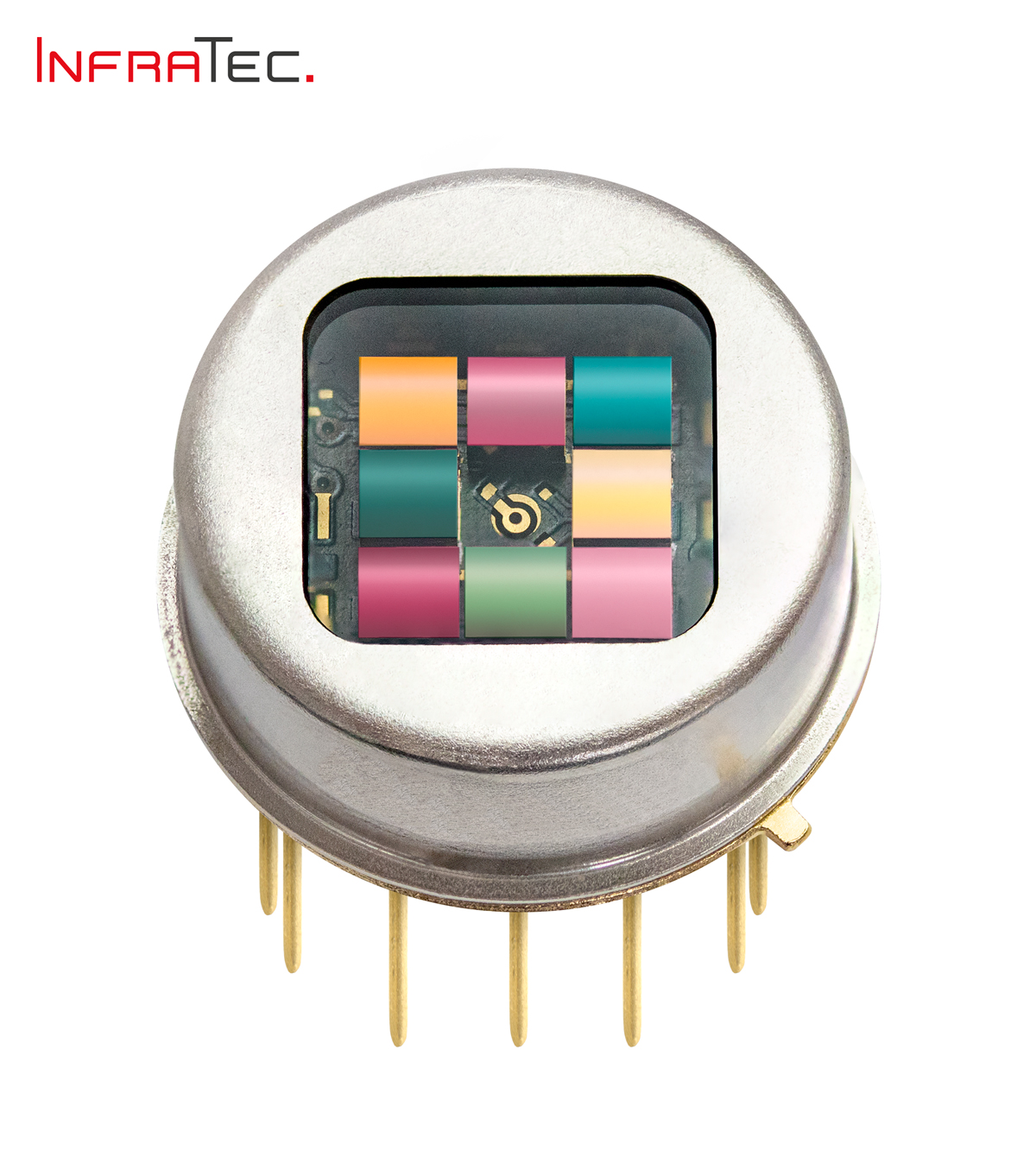 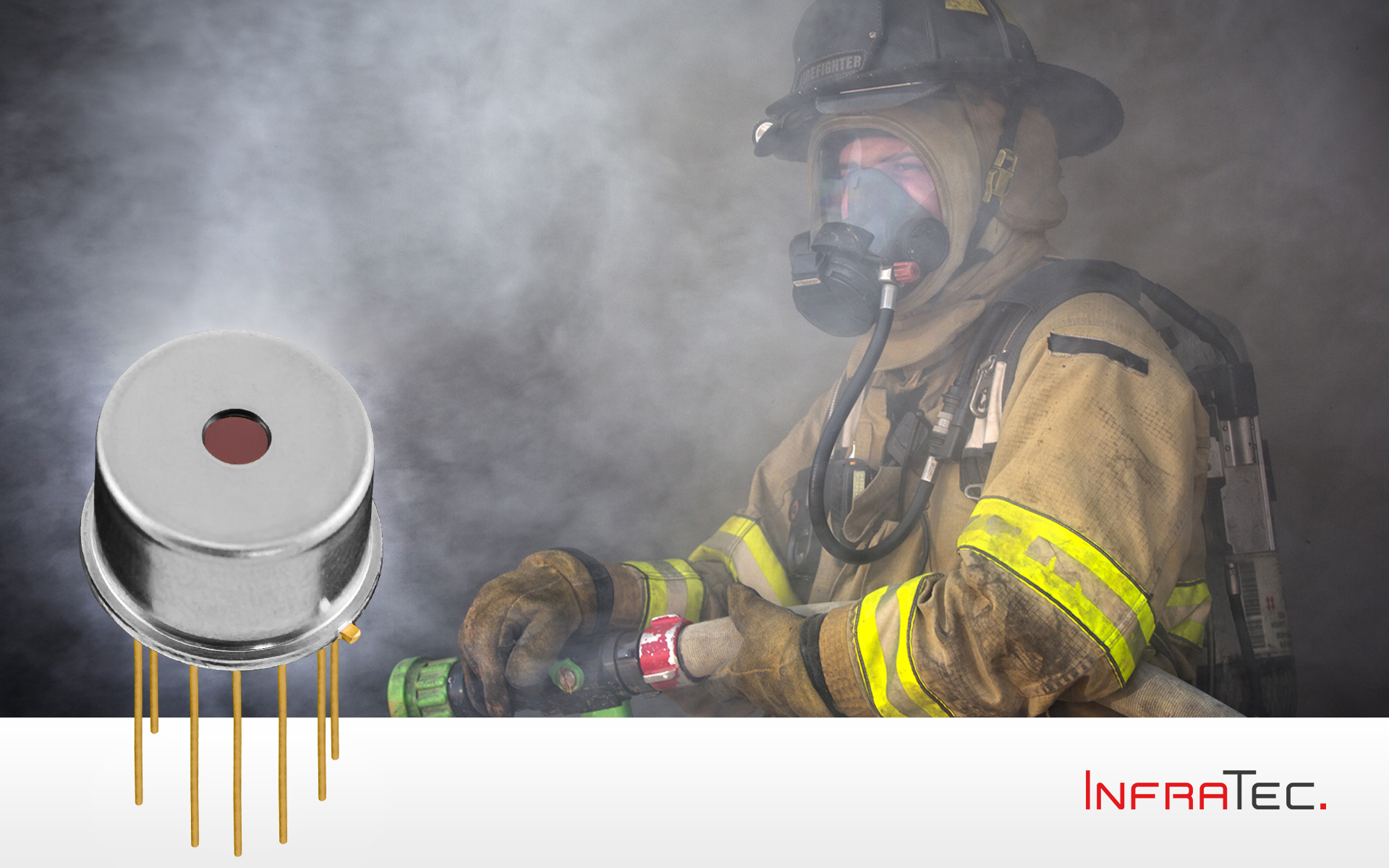 Equipment in Case of an Emergency 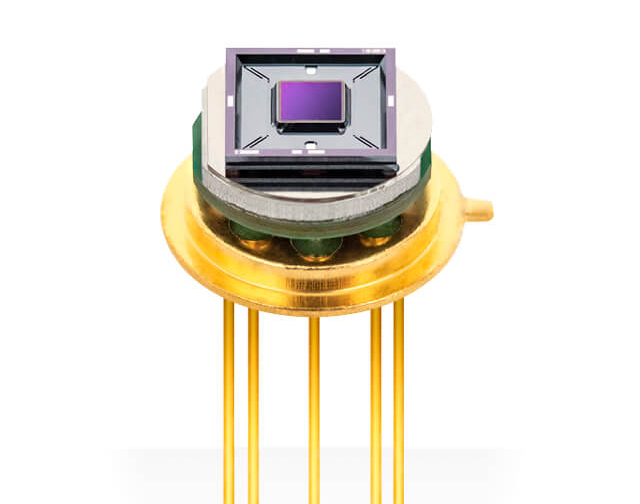 Entry into New Spheres and Markets