Intersec, the world’s leading trade fair for security, safety, and fire protection, will open for the 20th time in Dubai next week, with its double digit annual growth over the last 20 years mirrored by the rapid transformation of the Middle East market.

When the doors open from 21-23 January at the Dubai International Convention and Exhibition Centre, Intersec 2018 will feature 1,337 exhibitors from 59 countries. The three-day event will span 60,000sqm of exhibition space across 13 halls, and features 19 of the world’s top 20 commercial security solutions providers.

Compare that to the 61 exhibitors at the inaugural show in 1999, and it’s clear that Intersec has developed into a global force. And its 17 percent compound annual growth rate (CAGR) over the last two decades is reflected by the regional market that it has traditionally served. 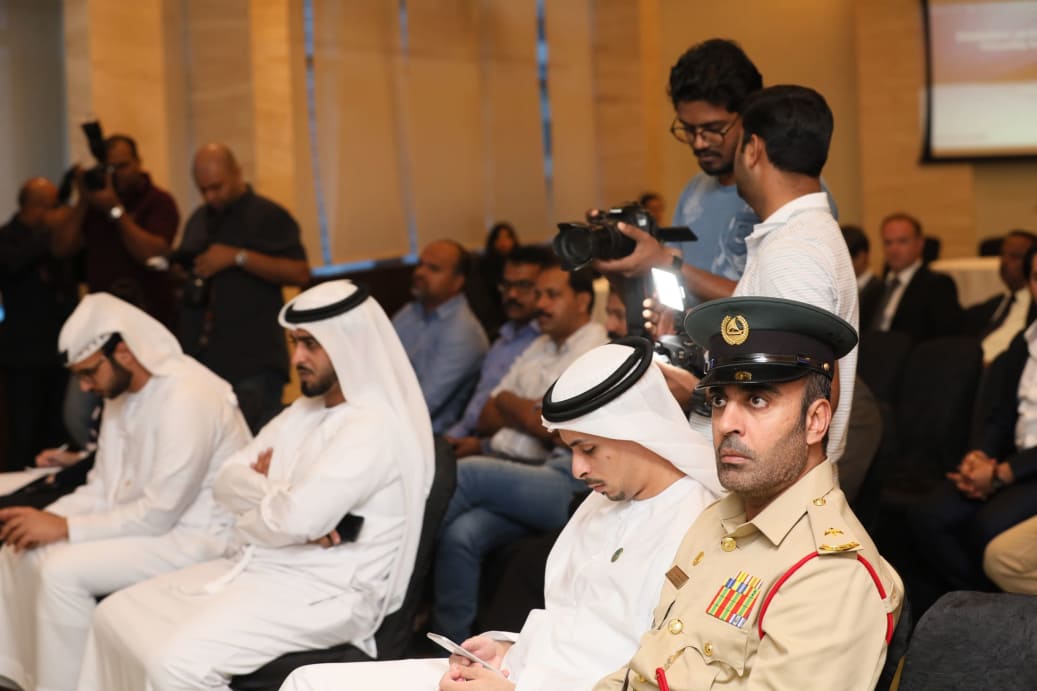 At the show’s official press conference today (16 January), analysts Frost & Sullivan (F&S), revealed that in 1998, the Middle East’s homeland and commercial security market combined was worth just US$52.4 million. Since then, the market has grown at an impressive CAGR of 33 percent, and is currently worth US$12.2 billion, while by 2022, it’ll touch US$25.3 billion. 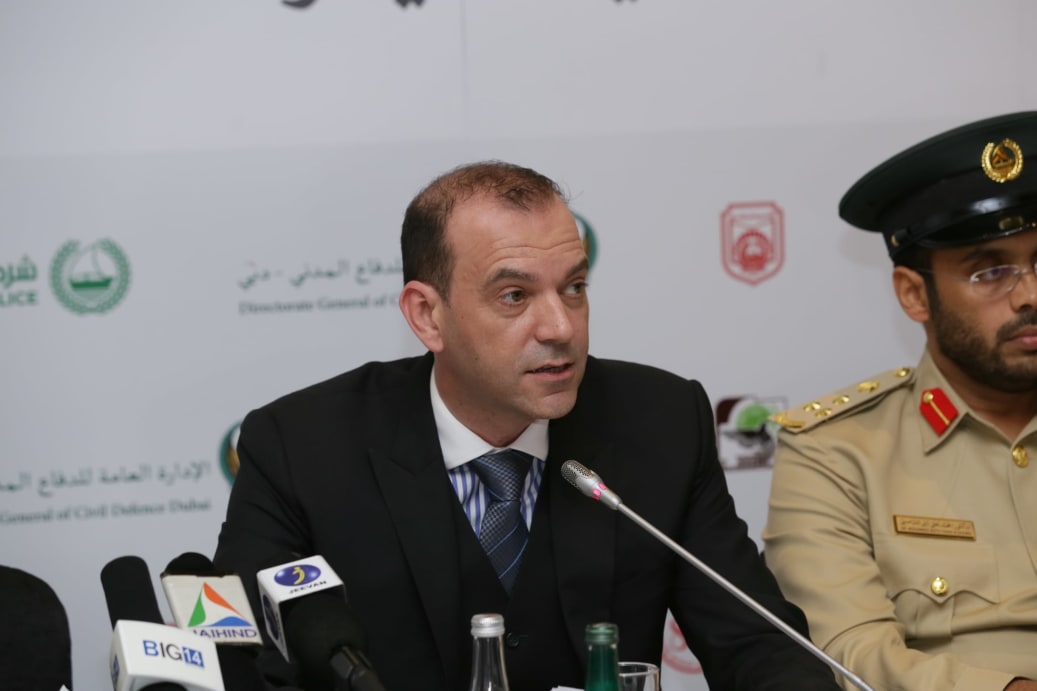 Ahmed Pauwels, CEO of Intersec’s organiser Messe Frankfurt Middle East, said: “Twenty years on, Intersec can look back with satisfaction at two decades of substantial growth and achievements, while looking ahead to a future that’s full of promise.”

“As the world’s foremost trade, networking and business development platform for the safety, security and fire protection industries, Intersec will rewrite old records and post a few more milestones in this, its 20th anniversary edition.

The Intersec 2018 press conference was also addressed by senior representatives of the show’s official Government Partners; the Dubai Police, Dubai Civil Defence, Dubai Police Academy, the Security Industry Regulatory Authority (SIRA), and for the first time in 2018, the Dubai Municipality.

Pauwels highlighted new additions to the 20th annual showcase, spearheaded by a new indoor Drone Zone and Drone Pavilion, as well as two dedicated conferences on drones and artificial intelligence.

“New features in 2018 include an indoor Drone Zone, where the Dubai Police and Dubai Civil Defence are among those delivering live demonstrations of their latest drones and UAVs in action,” added Pauwels.

“In addition the Fire and Security Conference, this year we’re hosting for the first time forums on Drones and Artificial Intelligence. Here, 25 Government representatives from the USA, Oman, UAE, Saudi Arabia, and Singapore, including regional regulators, will headline a 70-strong speaking panel throughout the three-day programme.

“Intersec 2018 also returns with regular popular highlights such as the Safety Design in Buildings Pavilion, Smart Home Pavilion, as well as an Outdoor Demonstration Zone of the latest fire rescue applications. And of course from the exhibition floor itself, more than 5,000 brands, and dozens of global product launches from the world’s leading solutions providers.” 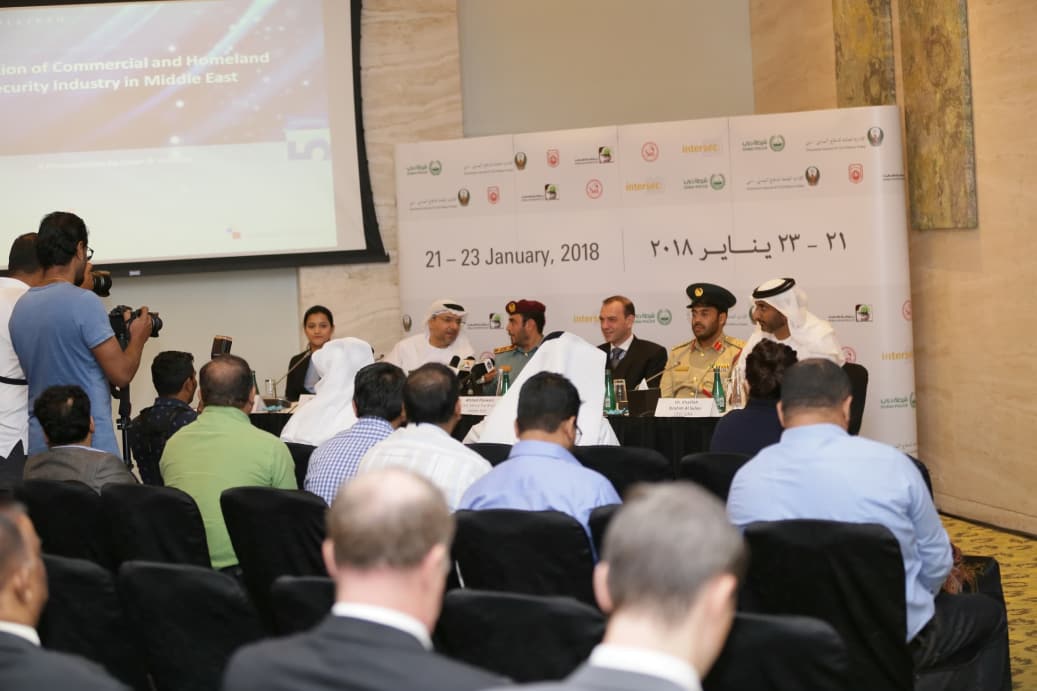 The UAE is the second largest exhibitor country at Intersec 2018, with 223 exhibitors covering 10,500sqm of exhibition space, a six percent increase over the previous year. Founding Sponsor NAFFCO is one of the headline UAE companies, and one of 13 of the 1,337 exhibitors in 2018 that participated at the inaugural Intersec in 1999.

From a 12sqm stand 20 years ago, NAFFCO will occupy more space than any other exhibitor at Intersec 2018. The global powerhouse will cover 1,700sqm at the Dubai World Trade Centre, from where it will showcase its vast range of UAE-made firefighting equipment, protection systems, trucks and vehicles.

Added Pauwels: “Intersec’s growth too is underlined by the business success of many exhibitors – 13 of which participated at Intersec 1999, and returning in 2018. Many others have been with the show for more than 10 years, and during that time, have watched their business volumes grow in double digits.

“And while past successes are wonderful, what lies ahead is even more exciting. New disruptive technologies continue to fuel market expansion, and when we add hot topics such as Artificial Intelligence, wearable cameras, Smart Home, and cloud based Software as a Service to the mix, there’s a lot to look forward to.

“Intersec aims to be at the centre of it all, presenting an important platform to network, create and strengthen partnerships, share information, and keep up to date with the latest innovations driving the regional and global security, safety, and fire protection industries.”

Intersec is held under the patronage of H.H. Sheikh Mansoor bin Mohammed bin Rashid Al Maktoum, who is also scheduled to open the 20th anniversary edition next week. More information is available at: www.intersecexpo.com.