Intersec 2018 Concludes with All Eyes on Future

The latest trends in artificial intelligence and robotics in policing societies, along with major projects fuelling growth in the Middle East commercial security landscape, were among many talking points, as Intersec concluded its 20th edition in Dubai yesterday (23 January).

The world’s leading trade fair for security, safety, and fire protection featured 1,337 exhibitors from 59 countries, while 29,532 visitors from 129 countries stopped by the Dubai International Convention and Exhibition Centre.

Sharing centre-stage were dozens of product launches, while live demonstrations of fire protection equipment and drones used across a wide range of applications kept thousands of buyers and industry professionals entertained and informed.

The Dubai Police is one of Intersec’s long-standing Government Partners, along with the Dubai Civil Defence, Dubai Police Academy, the Security Industry Regulatory Agency (SIRA), and for the first time in 2018, the Dubai Municipality.

This year from its exhibition stand, the Dubai Police had a strong focus on Artificial Intelligence (AI) and smarter technologies to keep residents, visitors, and communities safe. It also showcased Robocop prototypes and new smart services that are already in place in its fully automated smart police station, which recently opened in September 2017. 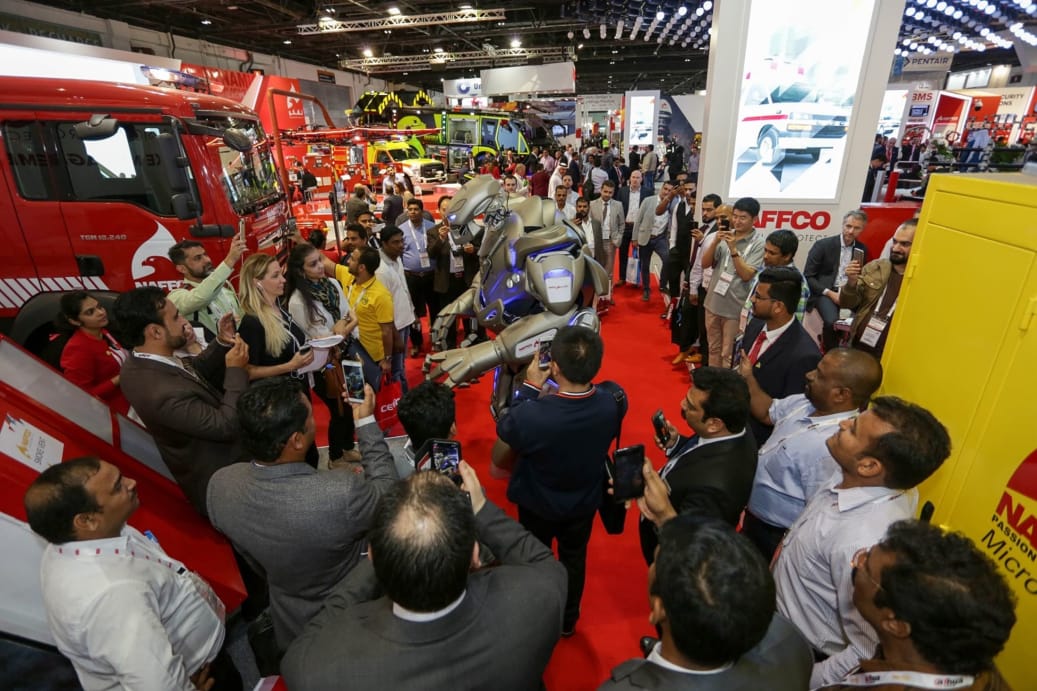 “The Dubai Police has a target to be the smartest police force in the world, and we’ve been working on a new strategy based on AI that will ultimately increase the happiness of our residents and build Dubai to be the safest city in the world,” said Al Razooqi.

“We plan to use AI to help us not only reduce crimes, but increase our ability to predict potential crimes before they happen, along with reducing traffic accidents. We’ve introduced a crime prediction system as well as accident prediction system that can study the behaviours of drivers.

“With UAE car manufacturers, we’ll install sensors to study the behaviour of drivers and see how we can teach them the best way to drive. Vehicles will instruct police where they should cover based on data we have, and perhaps where there is crime.”

Al Razooqi said Dubai Police plans to open another eight Smart Police Stations in 2018, and while AI and robots will in the future take over more routine daily jobs, that won’t mean less ‘human’ manpower: “There have been rumours that due to AI and robotics at Dubai Police, that there will be less police officers but this is not true,” he added. “We’re going to create more advanced positions, where they can provide a better service to keep our residents and visitors happy and safe.”

Among the new features at the 20th edition of Intersec was an indoor Drone Zone, along with two dedicated conferences on Drones and Artificial Intelligence. Greg Agvent, Senior Director for CNN Aerial Imaging and Reporting, spoke at the Intersec Drones Conference about the potential uses for drones in information gathering.

Agvent said that drones can be effective to not only deliver new perspective of journalism and reporting, but can also be important tools for data capture that can have much wider implications: “We’re still at the very beginning of acknowledging what drones can do,” said Agvent. “Right now, almost exclusively, we’re working with video, but what about thermal imaging and forward looking infrared, and what context and understanding can this add to a story? 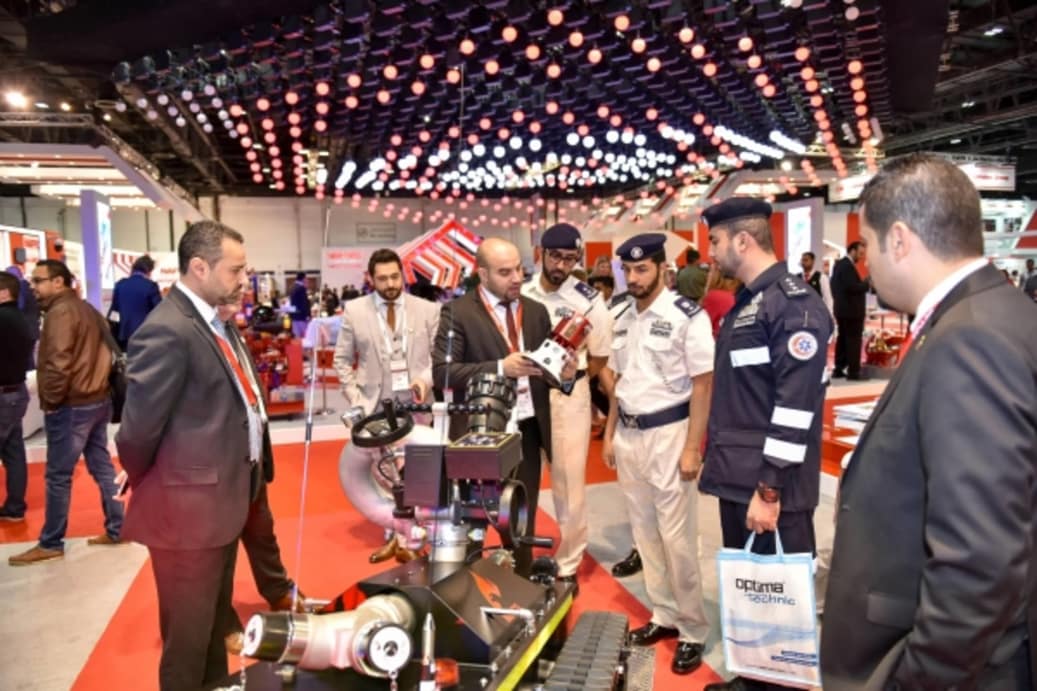 “If we we’re covering search and rescue operations, what other sensors can we input? If we’re doing a story on drought, can we put a hygrometer on a drone and create data that supports the video story? There’re all sorts of opportunities for sensors to add new layers and context.”

Agvent said that Middle East Broadcasters wishing to utilise drones need to engage with their respective civil authorities and manufactures, adding: “That’s what’s so important about events like Intersec.

“It brings people together, where professionals from a wide range of sectors can gather to understand about the latest technologies, regulations, and industry-best practice in an area that is on a high-growth trajectory. We can’t do this alone. Operators, regulators and manufacturers aren’t going to solve the equations by themselves.”

Intersec has proved over the years to be a fruitful business platform for global leaders and industry start-ups alike. Korean company IDIS has exhibited for the past several years, and has watched its projects and partnerships in the Middle East expand significantly as a result of contacts established during the show.

“We’ve expanded our partner network with many due to the success of exhibiting at Intersec from 2015 to 2017,” said Harry Kwon, General Manager for IDIS in the Middle East and North Africa. “We’ve established new end-user customers and struck up strategic partnerships such as with G4S in Egypt and Saudi Arabia as a direct result of Intersec, with a number of projects now complete or underway. 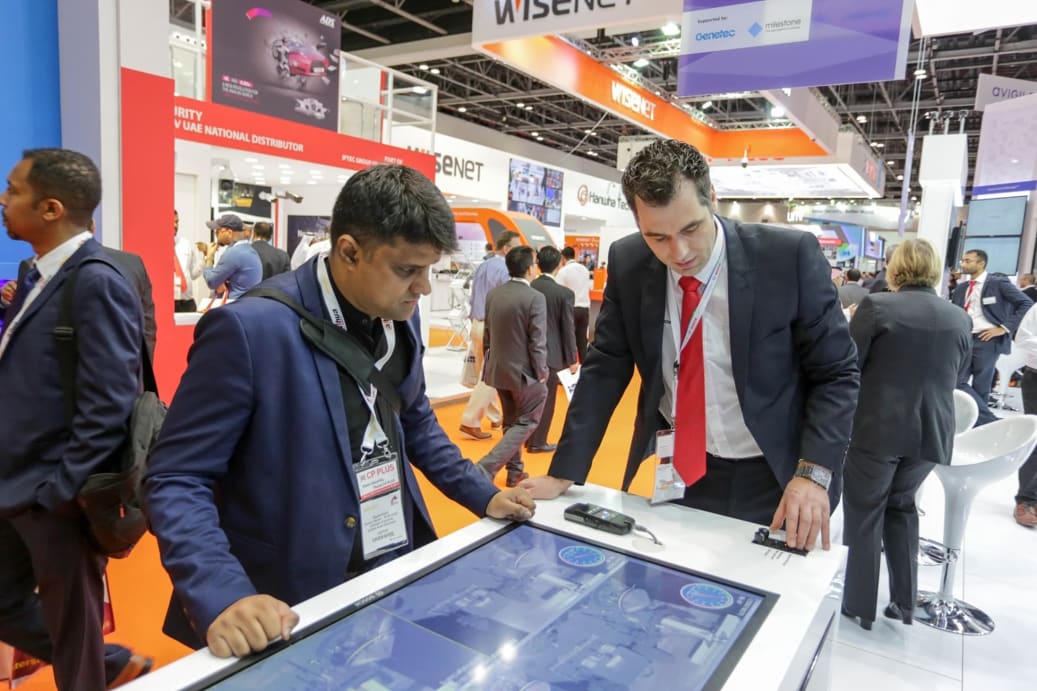 “We were first introduced to Al Sulaiman Security Systems and Services (A4S) at Intersec two years ago and since then IDIS MENA has struck up a strategic alliance with A4S with the partnership paying dividends. Both companies are now working on 150 leads and ten live projects. And we’re thrilled to announce at Intersec 2018 our project with Al Sulaiman Jewellers, that comprises 100 IDIS camera solution across 18 branches as well as offices,” added Kwon.

Meanwhile, Germany’s DoorBird was one of more than 30 companies in Intersec 2018’s fast-developing Smart Home and Building Automation section. A debut exhibitor in 2017, DoorBird returned this year to showcase the 2nd generation of its IP Video Door Station.

“DoorBird is the fastest IP intercom system in the market at this time. That means if a visitor rings a bell, it takes two seconds for the user to be notified anywhere in the world via their mobile device,” said Dinnies of DoorBird, which was launched in 2015. “It’s a bi-directional video-audio, so users can converse with visitors real-time.”

“Users can also programme DoorBird so that it automatically locks and unlocks at designated times, allowing access to homes if required, for example, cleaning or maintenance companies. Everything is recorded and it can be integrated with existing home automation and security systems, so the opportunities are endless.

Of Intersec, Dinnies added: “We were very impressed with Intersec last year, and we met a lot of interesting people, so that’s why we decided to participate again in 2018. We need to meet consultants, integrators and installers and that’s who we meet here, from Germany and Vietnam and everywhere in between. It’s been a perfect show again this year.” 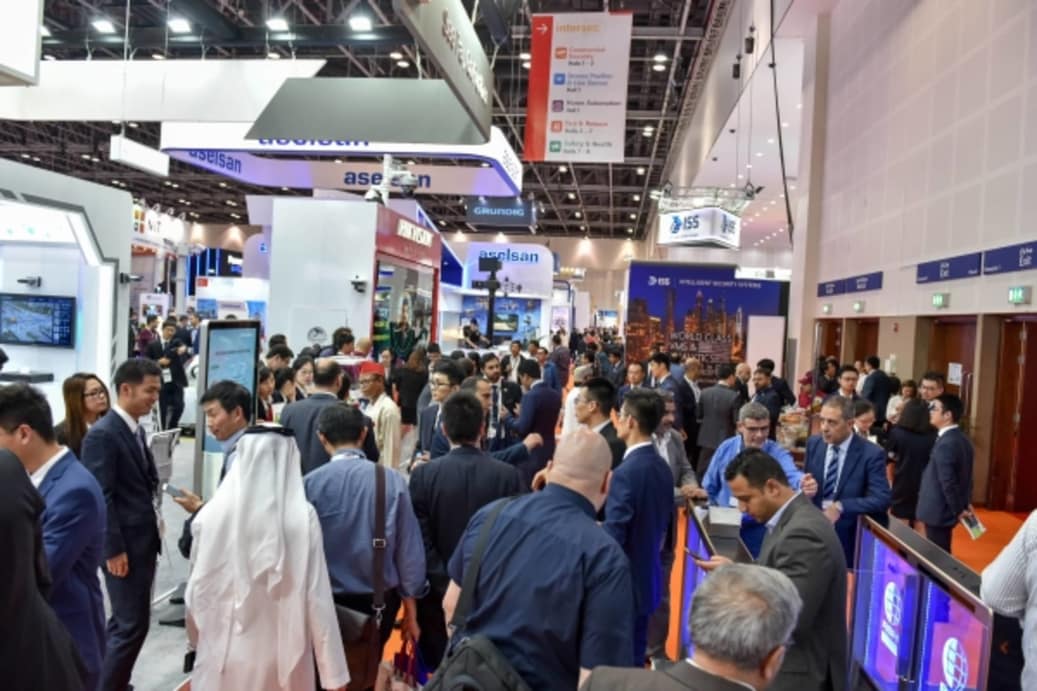 Visitors too were happy with the show. Fahad Al Qahtani is Operations Manager at ILT Total Access Control, which specialises in automation and access control systems: “Intersec makes it a lot easier for us to see all relevant suppliers and manufacturers in one place at one time. We’ve seen a lot of interesting products at the show this year.”

Waleed Al-Mansour, Executive Manager for Security & Safety Corp in Saudi Arabia, was at Intersec 2018 to gain information about the latest firefighting and security alarm systems, along with CCTV products.

“Intersec is a great opportunity to know what the latest updates in the security, safety, and firefighting business. It’s a great chance for us to enhance our knowledge in the field, and we’re very happy with what we found this year. Every year it adds more to my knowledge in the development of systems relating to security, fire protection, and CCTV. Things are moving so fast and we have to keep updated.”

Ahmed Pauwels, CEO of Messe Frankfurt Middle East, said: “Intersec 2018 has further cemented its position as the world’s premier trade platform of its kind for the security, safety, and fire protection industries.

“We’ve had participation from the majority of the world’s foremost safety and security brands and attracted a wide representation of global experts and key influencers to our safety and security forums. Twenty years is a landmark for both Intersec and the region’s standing as a major global security market.

“We intend to continue to build on our success and look forward to far greater developments and achievements in the future while working together with the authorities and the active support of the government.”