Two new ILO reports outline progress made and the challenges that remain in the implementation of Qatar’s labour reforms, through which new legislation was adopted and labour administration systems enhanced.

DOHA (ILO News) – The ILO has issued new reports detailing the results of the Technical Cooperation Programme between the Government of Qatar and the ILO since it was launched in April 2018.

The annual  and four-year  progress reports cover the substantial efforts that have been made in the areas of labour migration governance, the enforcement of the labour law and access to justice, and strengthening the voice of workers and social dialogue.

These changes have already improved the working and living conditions for hundreds of thousands of workers, though additional efforts are needed to ensure that all workers can benefit.

“We’ve been on a long journey with Qatar – and the reforms and the cooperation with the international community are indeed significant for the region. We all recognize that we are not yet at the finish line, and we will build on this solid foundation to address the gaps in implementation, and ensure that all workers and employers can fully benefit from these major reforms.”Ruba Jaradat, ILO Regional Director for the Arab States

Workers in Qatar previously required permission from their employers to change jobs and to leave the country. These constituted the most problematic elements of the kafala sponsorship system that made workers overly dependent on their employers, creating opportunities for exploitation and forced labour.

As a result of these changes, the Ministry of Labour (MOL) approved around 350,000 applications by migrant workers to change jobs in the two years since these reforms were introduced. However, many workers still face hurdles in leaving jobs and moving to new ones, including due to retaliation from their employers.

In March 2021, Qatar became the first country in the Gulf region to adopt a non-discriminatory minimum wage that applies to all workers, of all nationalities, in all sectors, including domestic work. A total of 13 per cent of the workforce – 280,000 people – saw their wages rise to the new minimum threshold since the new legislation was introduced.

Employers are also obliged to transfer employees’ wages through Qatari banks, allowing the MOL to monitor the transfers and reduce wage abuses. Penalties for non-payment of wages have been increased and are being more strictly enforced. A fund established by the Government has disbursed $320 million since 2019. This figure highlights the scale of the issue of unpaid wages in the country.

Among the Programme’s top priorities is the issue of occupational safety and health (OSH).

New legislation provides workers in Qatar with greater protection from heat stress by prohibiting outdoor work between 10 a.m. and 3:30 p.m. from 1 June to 15 September – by far the highest number of prohibited working hours in the Gulf region. The legislation also sets a threshold beyond which all outdoor work must stop, regardless of the time of day or year.

Labour inspection campaigns in the summers of 2021 and 2022 led to work stoppages and shutdowns in 338 and 463 worksites respectively for non-compliance with the legislation on prohibited working hours.

As a result of the new legislation and inspection actions, there was a significant drop in the number of patients admitted to clinics with heat-related disorders. A total of 351 patients were seen in the summer of 2022, compared to 1,520 patients in 2020 before legislation was introduced – amounting to a 77 per cent drop in two years.

In relation to data on occupational injuries and fatalities, the ILO worked with the government and other key institutions in Qatar to publish a report  that presented the most comprehensive national data available on the issue for 2020. The report also identified a number of gaps in how data is currently being collected, and put forward 20 recommendations on what remains to be done.

Before the enactment of recent labour reforms, workers had limited means to lodge complaints in case of disputes with their employers. Over the past few years, the Programme has seen Qatar take steps to improve workers’ access to justice by establishing a new online platform for workers to submit complaints, and creating new labour courts to settle disputes.

The number of complaints from workers more than doubled, largely due to the increased ease of access to the online platform. Between October 2021 and October 2022, MOL received 34,425 complaints from workers, the majority related to unpaid wages. Of the total number of complaints, 66.5 per cent were settled prior to or during conciliation. Almost 31 per cent of the complaints were referred to the labour courts, which decided in favour of workers in 84 per cent of the cases.

Qatar’s law does not allow for foreign workers to form or join trade unions. Before the labour reforms, platforms for social dialogue and workers’ representation were extremely limited. New legislation has led to the establishment of joint worker-management committees at the enterprise level. The legislation, which allows for elected migrant worker representatives, is a first in the region.

To date, over 70 companies had established joint committees, with 613 workers representing over 40,000 employees. Dozens more companies have received training, with a view to eventually holding elections.

The reports highlight that there is universal acknowledgement that more needs to be done to fully apply and enforce the labour reforms. They note that among the ILO’s top priorities are the need to ensure that all workers and employers can benefit from the kafala reforms on labour mobility, to streamline access to justice and the recovery of due wages, and to fully implement the law regarding domestic workers’ rights. The ILO is set to continue working with the government, workers and employers to further support the alignment of Qatar’s laws and practices with international labour standards.

In 2014, international trade unions submitted a complaint at the ILO against the State of Qatar regarding non-compliance with core international labour standards. At the heart of this complaint were allegations that the ‘kafala’ or sponsorship system was enabling exploitation and forced labour, and that the regulatory structures in the country were not adequately detecting or resolving labour rights violations.

The complaint triggered a series of steps under the ILO supervisory mechanism, including a decision by the ILO Governing Body to deploy a high-level tripartite mission to Qatar. After a period of intense negotiations, the State of Qatar and the ILO agreed on a programme to enact major labour reforms, which was endorsed by the ILO Governing Body, and led to the closure of the complaint procedure in 2017. In April 2018, the ILO opened its Programme Office in Doha. For three years, the ILO Doha Office reported to the Governing Body.

The reforms are aligned with and contribute to the realization of the country’s National Vision 2030, which includes objectives related to the development of a competitive, diversified and knowledge-based economy.

The ILO (International Labour Organisation) brings governments, employers and workers of 187 member states together, to set the labour standards, develop policies and devise programmes that promote decent work for all women and men. 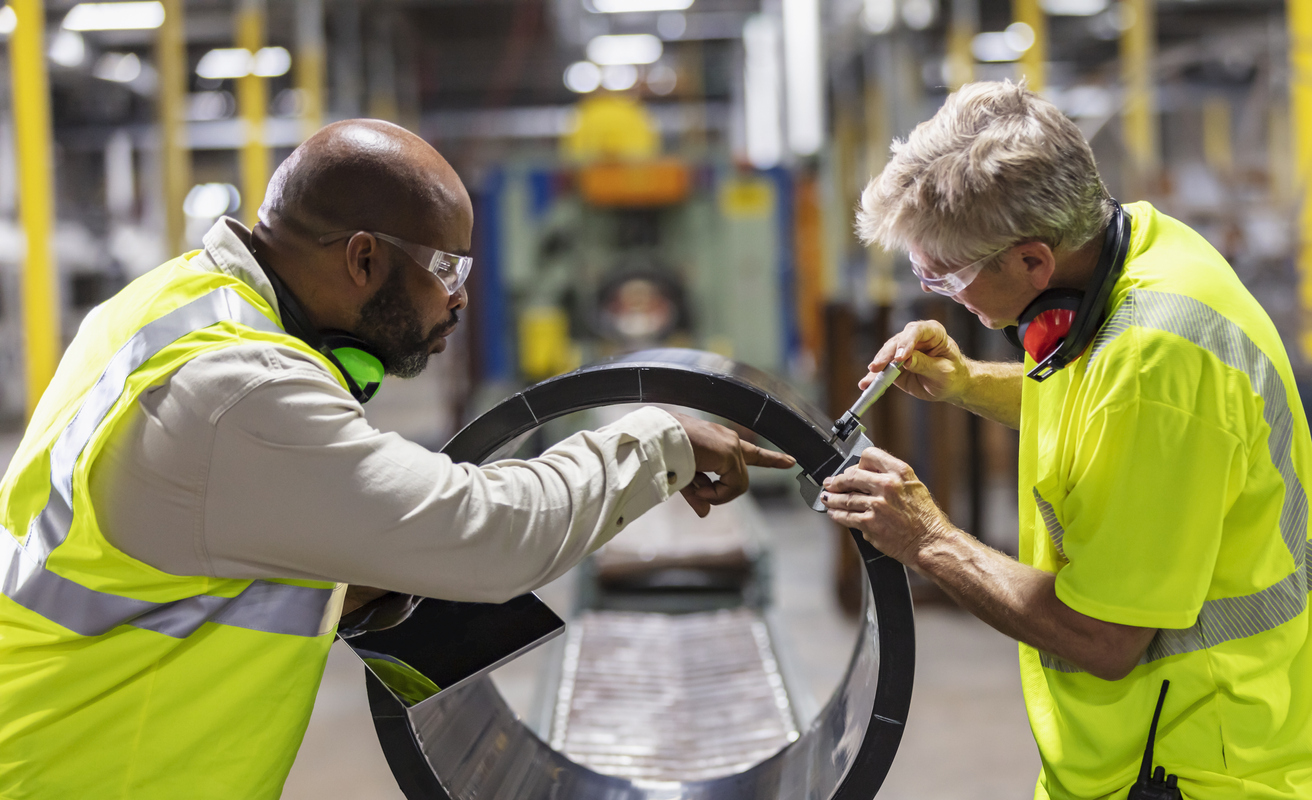 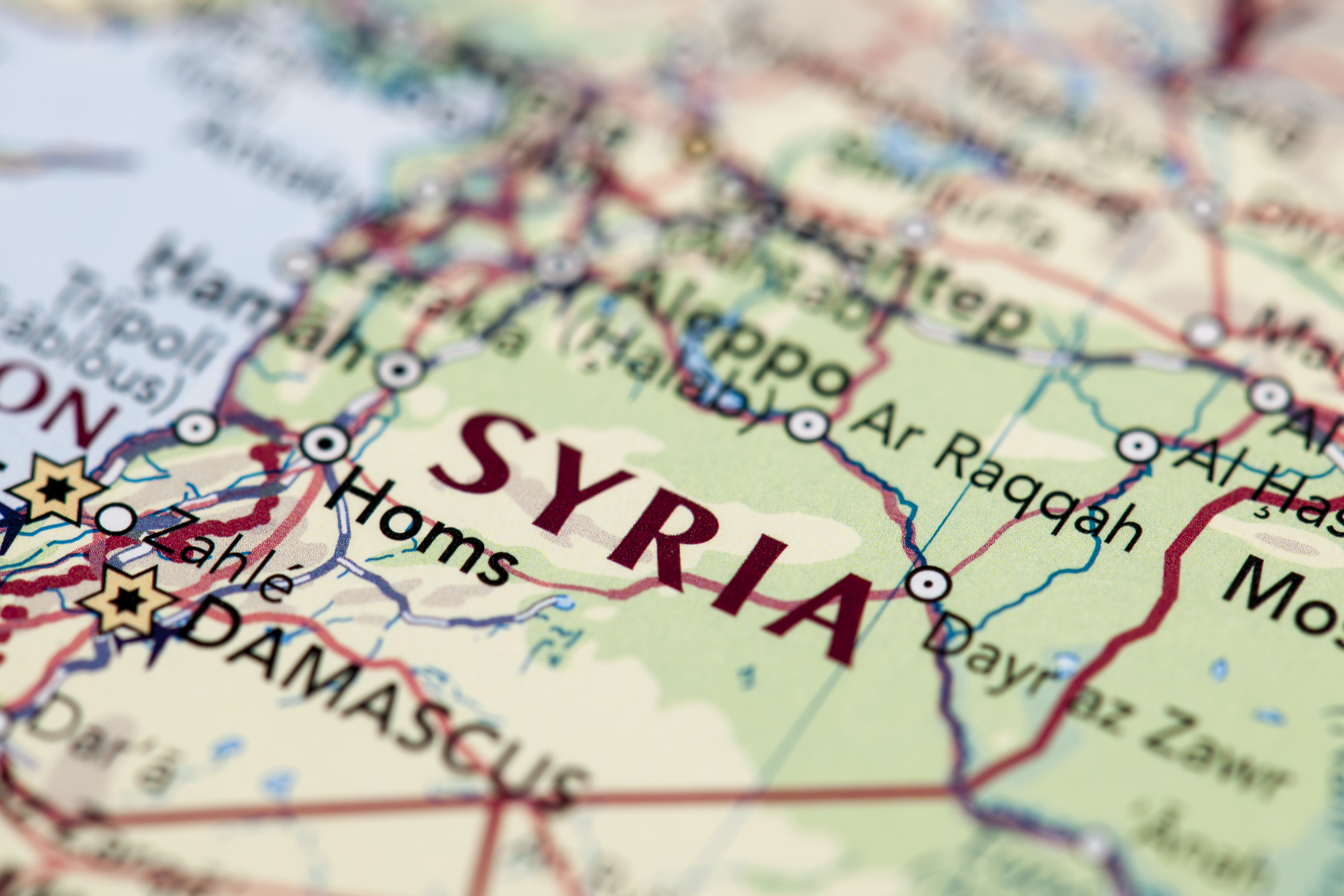 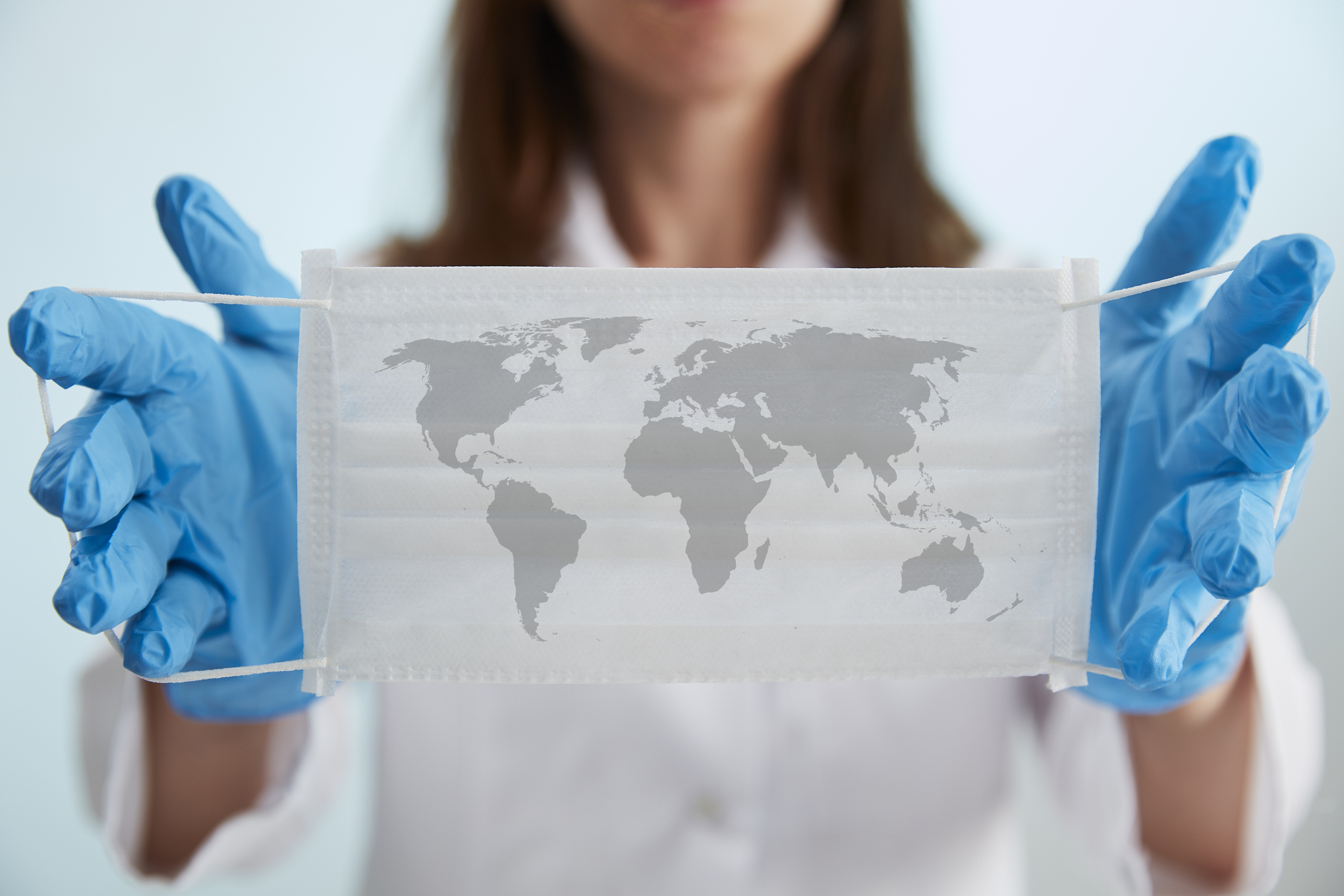 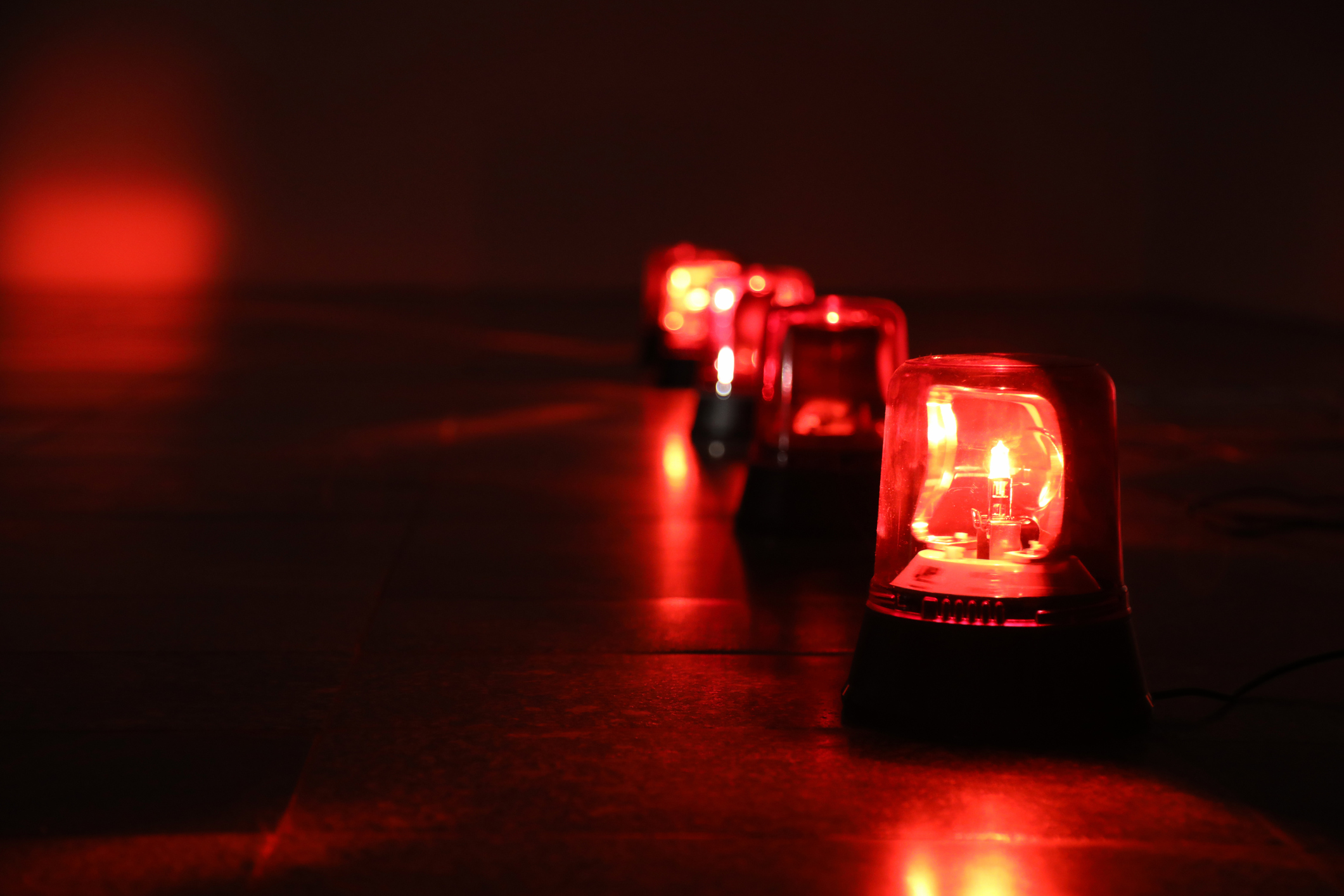 World Day for Safety and Health at Work 2021 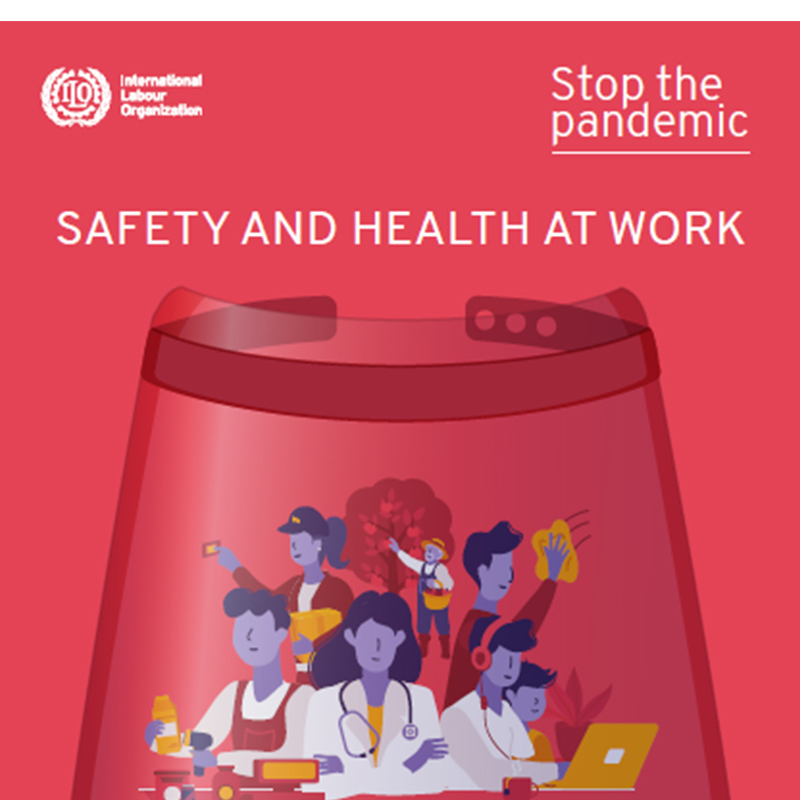