A Legacy Forged in Fabrics 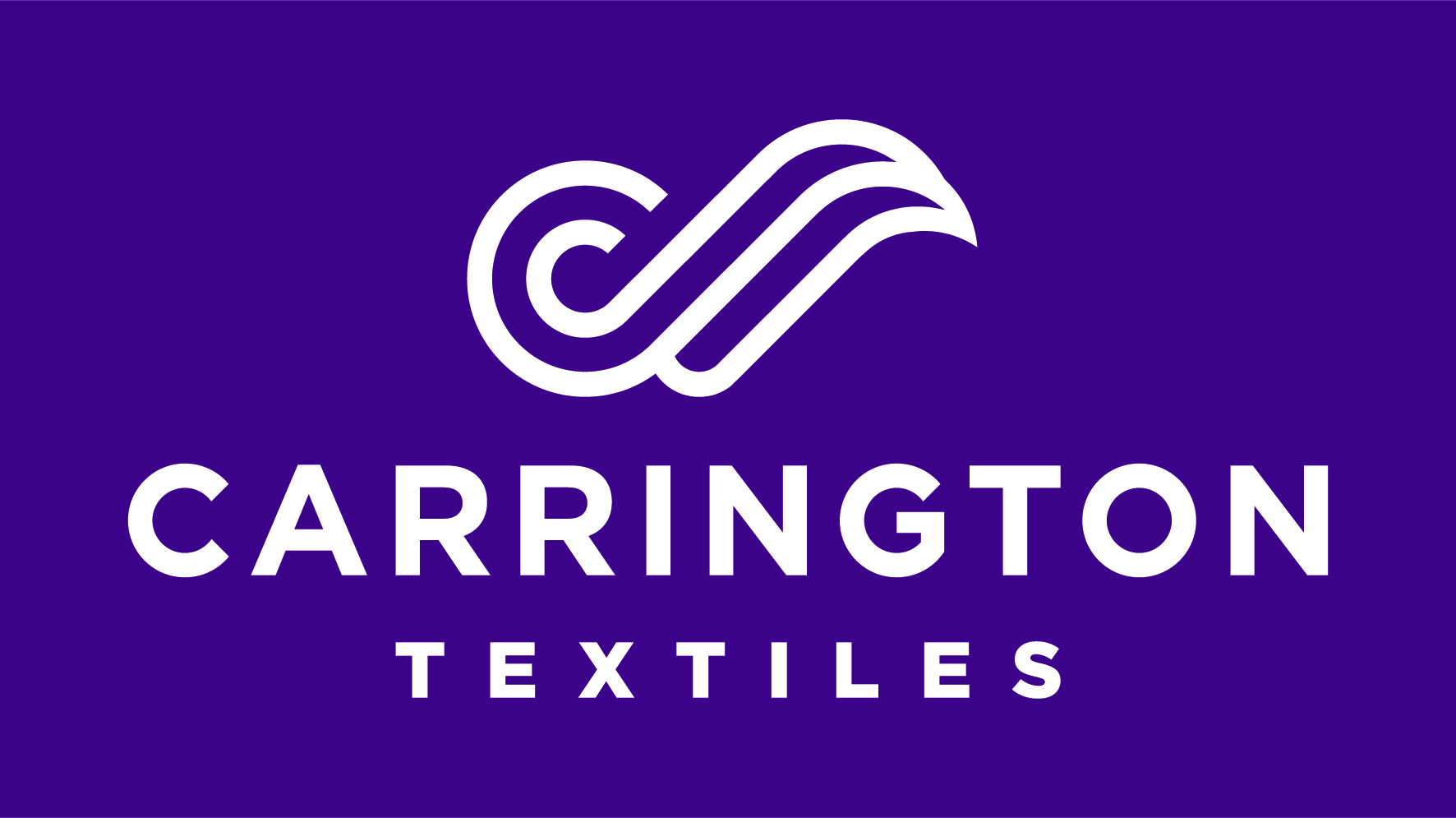 After joining forces in 1998, both companies have become a powerhouse of the European textile industry.

Adlington, United Kingdom: Based in Lancashire, the birthplace of British textiles, Carrington Textiles and Pincroft are celebrating in 2021 their 130 anniversary, a great milestone for one of Europe’s largest fully integrated textile processing and finishing operations.

The story of the company dates back to the 19th century when Benjamin Davies from Adlington and brother in law James Eckersley from Duxbury after buying together the Huyton Bleachworks in 1848, started operation of the Pincroft Dyeing and Printing company for bleaching and finishing of fabrics in 1891. Davies and Eckersley were experienced businessmen and fabric bleachers and back in April 1885 they had invented a ‘washing and rinsing machine’ used in bleachworks with a more efficient use of energy and water.

Fast forward a century and in 1998 after joining forces with Carrington Textiles, the companies have seen a considerable increase in turnover from €50 million in 1999 to €104 million in 2019, as well as growing their export business extensively breaking into new geographical markets including Europe, Middle East, Asia and Africa.

Investment and development have been a key factor for the success of the textile giants, with over €45 million invested in new machinery, processes, laboratories, warehousing and sustainable energy projects.

This in turn has driven Carrington Textiles and Pincroft into becoming one of the largest suppliers of workwear, flame retardant, waterproof, defence and sustainable fabrics to some of the biggest companies in the world with increased production of over 15 million metres in 1999 to 55 million metres in 2019.

By enhancing fabric performance through continuous development in advanced technologies that are carefully implemented with respect to the environment as a priority, both companies have achieved standards including ISO 50001, ISO 9001 and ISO 14001 for energy, quality and environmental management respectively.

Other important certifications also include Oeko Tex that certifies fabrics meet human-ecological requirements, and Bluesign that sets and controls standards for environmentally friendly and safe production.

Carrington Textiles and Pincroft have not only supplied millions of metres of fabric to armed forces around the world including the UK’s and Dutch Ministries of Defence, the Finnish and Estonian armies and the Royal Oman Police, but also have been a key player during the coronavirus pandemic by supplying more than 4 million metres (and counting) of specialised fabric to the healthcare sector in the UK and mainland Europe.

Helping the community is also a key part of both companies, that’s why in the last 5 years alone over £100,000 have been given to support sports clubs and individuals, hospices, youth centres and students.

John Vareldzis, group CEO says: “Celebrating 130 years in textile manufacturing is not only a testament to our contributions to the UK’s textile movement since the late 1800s, but also to  our commitment to continue providing the best quality workwear fabrics.” Carrington Textiles and Pincroft as part of their 130 anniversary celebrations have created a distinctive logo to mark the occasion featuring the British Union Jack to represent their proud British legacy and will be sharing historical facts monthly on their website and social media.

Carrington is the largest producer of workwear fabrics in Europe, exporting to more than 75 countries worldwide and producing over 40 million metres of fabric annually. Based in Lancashire, where British textiles began, we have over 125 years’ experience of textile processing and finishing. This is supported by massive investments in one of Europe’s largest fully integrated textile processing and finishing operations. Throughout Europe, and beyond, millions of people go about their tasks in workwear made from our fabrics. 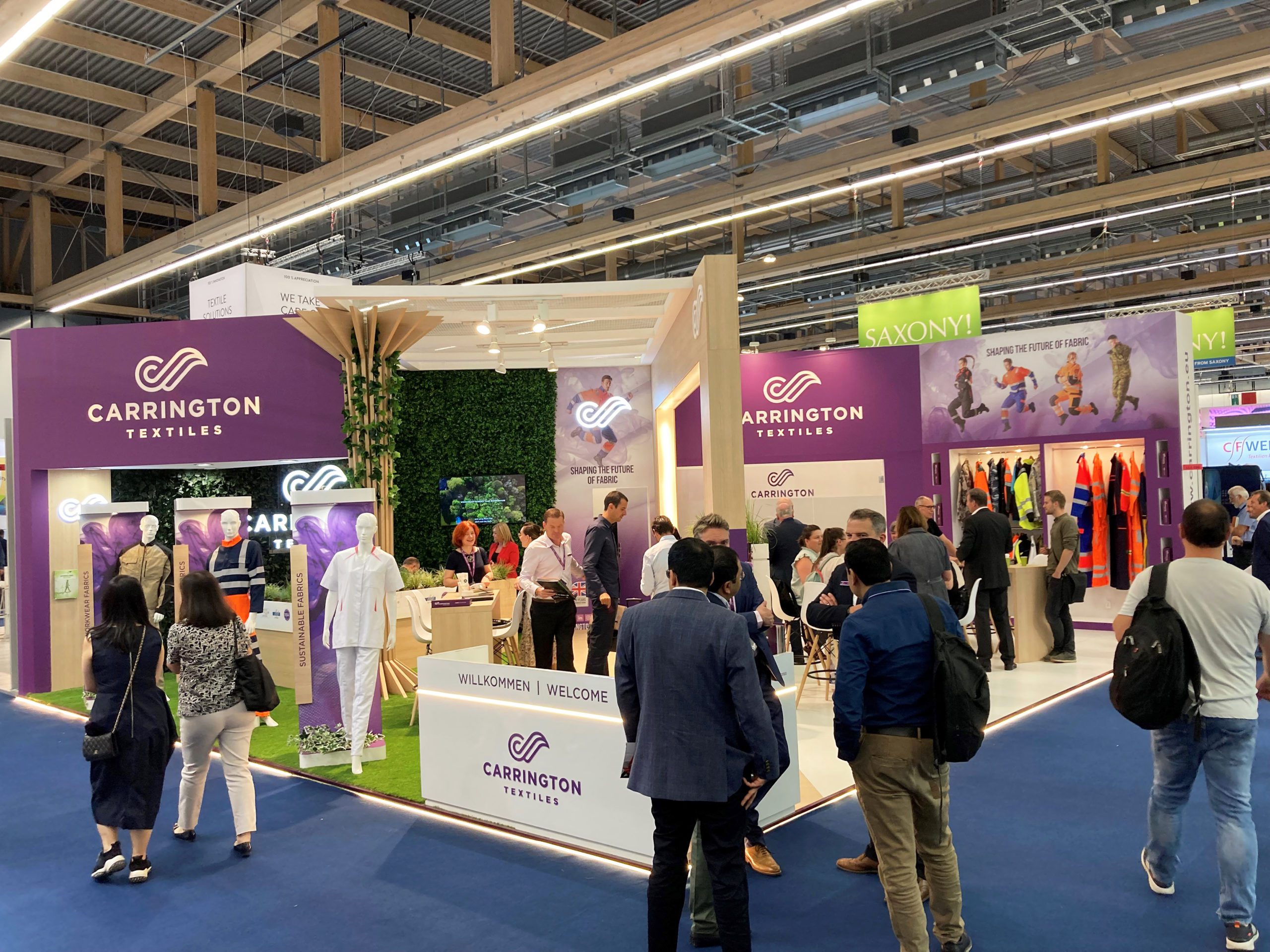 Sustainability and Comfort Main Focus of Conversations at Techtextil 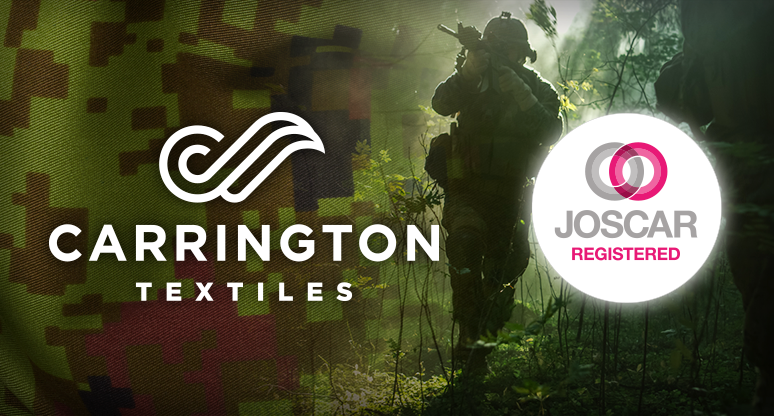