Oil, gas and petrochemical projects, valued at more than US $859 billion, are either underway or planned in the Middle East and North Africa, of these US $283 billion are projects are being implemented, as the region gets ready to meet the forecast increases in demand for energy over the next two decades.

According to industry forecasts global oil demand will increase by at least 10 million barrels per day by 2040, while natural gas demand is set to grow by 40 per cent and petrochemicals by 60 per cent. The expansion in demand for petroleum and petrochemicals in particular, says dmg, is driving downstream investment across the MENA region.

Christopher Hudson, President – dmg::events, organisers of the Abu Dhabi International Petroleum Exhibition (ADIPEC), said: “Breakthrough technologies, the growing global population and rising consumer spending are all combining to create new demand for energy, much of which will continue to be met by the oil and gas industry up to and beyond 2040.

“While producers in the Middle East continue to maximize value from existing fields, there is heightened interest in developing new resources, both offshore and onshore, as well as investing in upgrading and diversifying both infrastructure and products downstream to create new products lines and revenue streams.

“ADIPEC 2019 will be a catalyst for future growth and prosperity in the oil and gas industry, not only providing companies across the hydrocarbons value chain with a forum to gather first-hand knowledge of the dynamic changes taking place in regional oil and gas investment decisions but also enabling them to make the connections necessary to forge new partnerships and tap into the emerging commercial opportunities those investments are creating,” Hudson added.

According to research conducted by MEED, the business intelligence and analytics specialist, Saudi Aramco is the largest single spender in the region’s oil and gas sector, with more than US $31 billion-worth of contracts under execution. The next three highest spenders are Kuwait’s three largest oil and gas companies with a combined US $42.2 billion worth of projects underway. Meanwhile, MEED says, the Abu Dhabi National Oil Company has projects, with a combined contract value of US $16.7 billion under execution across both its onshore and offshore upstream businesses. Outside the GCC Iraq’s State Company for Oil Project and Algeria’s Sonatrach have US $13.7 billion-worth of projects in progress.

Leading the way in terms of pre execution contract values is Iraq’s Ministry of Oil, with projects worth US $19.5 billion in the pipeline, US $13.7 billion of which is in the bidding phase, according to a list of top oil and gas projects under execution, compiled by MEED. Egypt’s Ministry of Petroleum has plans for US 12.3 billion worth of projects; the Kuwait Oil Company has a US $12.3 billion project pipeline and Algeria’s Sonatrach has announced plans to go ahead with US $10.8 billion-worth of projects, including a US $2.5 billion contract for the Hassi Messaoud refinery.

Away from the MENA region, Asia is forecast to see 130 new crude and natural gas projects starting operations over the next eight years, contributing around 518,000 barrels per day and close to 11.5 billion cubic feet per day of gas production. According to GlobalData, a leading data analytics and consulting company, 76 of the new developments fall under an early-stage category, while 54 of the new projects have progressed to well-defined development plans. India will lead the way 62 projects, followed by China with 20 and Indonesia with 19. Malaysia will drive natural gas production.

Taking place in November, ADIPEC 2019 will once again be a platform for the global oil and gas industry to engage in dialogue, conduct business, and source the creative solutions and strategies that will shape the industry in the years ahead as well as identify the commercial opportunities from the MENA and Asia regions. In common with previous years, ADIPEC’s conference and technical sessions continue to evolve to reflect the changes taking place in the energy sector. Oil & Gas 4.0, the strategic conference at ADIPEC 2019 will feature conference sessions that will explore the nexus of technology and energy. Other sessions will examine the agile business models and new partnership eco-systems that are at the core of the global energy conversation.

Since its inauguration in 1984, ADIPEC has continued to grow, gaining worldwide recognition as the premier oil and gas industry exhibition and conference. The exhibition brings together over 2,200 international exhibiting companies across 155,000 gross square metres, with 29 country pavilions, attracting over 145,000 global attendees and 42 National and International Oil Companies. The conference hosts over 980 strategic and technical speakers across more than 160 sessions, covering the full energy value chain and attracting over 10,400 delegates. 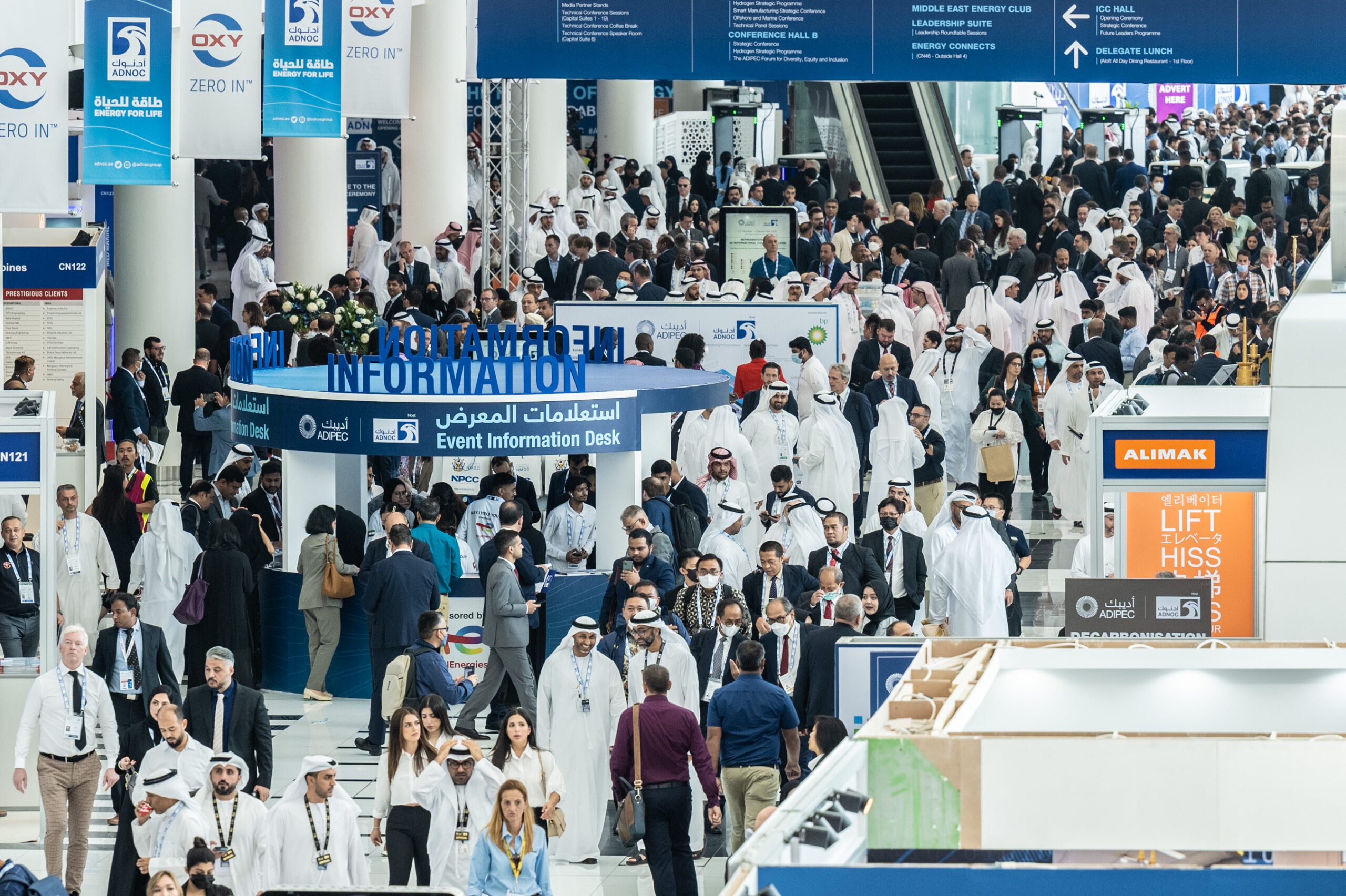