Marine Vapor Recovery (MVR) is used to remove harmful contaminants from crude products to improve purity and avoid releasing pollutant chemicals into the atmosphere. It is also an important safety requirement for tankers and terminals.

Liquid cargo is transferred into tankers via ship-to-ship transfer, or from shore-based facilities, including refineries and terminals.

This liquid not only displaces any vapors present within the cargo tank, but also generates vapors of its own through evaporation.

These vapors typically contain volatile organic compounds (VOCs), which are flammable and combustible, creating dangers such as cargo tank overfilling, cargo spillage, and the risk of fire or explosion.

During cargo tank filling, large volumes of vapors are generated. These must be either vented or recovered. Gas monitoring is an essential part of this process to ensure the safety of the vessel, terminal, and personnel, and also to reduce harmful emissions.

Vapor control also introduces its own hazards, including the possibility of over or under pressuring the tanker, and introducing extra sources of ignition.

This raises the importance of accurate gas monitoring even further, and has led to the creation of stringent rules to govern the gas analysis systems involved.

In the USA, for example, strict regulations for marine vapor control systems (MVCS) are enforced by the US Coast Guard (USCG), operating under the authority of the United States Clean Air Act. All MVCS operating in the country require USCG certification.

These rules, designed to safeguard personnel and equipment by containing and controlling vapor emissions from a vessel’s cargo tanks during loading, have been adopted by many other countries.

USCG regulations are currently the most comprehensive standards being enforced, so those MVCS which meet these criteria will be suitable for use around the world, subject to minor changes for local requirements.

In addition, the US remains the largest market for MVCS – although South America is becoming increasingly important as key US companies invest in that region – so compatibility with USCG rules is a highly desirable quality for any MVCS.

Among the VOCs present in vapors generated during loading are benzene, crude oil vapors, and gasoline blends. These vapors are either returned to the plant and used as fuel or raw materials, or taken to a safe area and incinerated.

In either case, it is necessary to monitor the return lines for the ingress of air, in order to avoid the creation of explosive conditions.

Under USCG regulations, this monitoring must be carried out by a redundant system – in case one analyzer fails – so typically a pair of Paramagnetic oxygen analyzers, certified for use in hazardous areas, are used. Paramagnetic sensing offers important benefits to reliability, as it is a non-depleting technology. This means there is no uncertainty about how long the sensor will last before needing replacement.

Before the introduction of regulations in 1990, oxygen monitoring was performed by electrochemical sensors.

Oxygen molecules diffuse through the semi-permeable membrane installed on one side of the sensor and are reduced at the cathode, forming positively charged hydroxyl ions. These ions then migrate to the sensor anode, where oxidation takes place.

This generates an electrical current which is proportional to the oxygen concentration in the sample gas. The current can be measured, conditioned with external electronics and displayed on a digital panel meter to show either percent or parts per million (ppm) concentrations.

Electrochemical cells are initially inexpensive and do not consume much power. However, they have a relatively short lifespan, and may cease operation without warning, delivering a low false reading. They require frequent calibration due to sensor drift, and must be replaced regularly.

The benefits of Paramagnetic sensing

Non-depleting Paramagnetic technology has a far longer lifespan than an electrochemical sensor. It operates by relying on the relatively high magnetic susceptibility of oxygen compared to other gases.

The Paramagnetic cell contains a small glass dumbbell, filled with nitrogen and suspended on a taut platinum wire within a non-uniform magnetic field. The dumbbell is suspended from the wire so it is able to move freely.

When a sample gas containing oxygen passes through the sensor, oxygen molecules are attracted to the magnetic fields. This displaces the dumbbell, causing it to rotate – a precision optical system, made up of a light source, photodiode and amplifier circuit, is used to measure the degree of rotation.

Gas analysis experts Servomex pioneered the use of an opposing current that is applied to restore the dumbbell to its normal position. This current is directly proportional to the partial pressure of oxygen, and is represented electronically as percent oxygen.

Paramagnetic sensors offer a very good response time, and use no consumable parts, typically providing many years of service. While initially more expensive than electrochemical cells, the long lifespan and infrequent calibration needs make them very good value in the longer term.

Reducing emissions is a key requirement for MVR monitoring equipment. Operational performance of recovery methods such as activated carbon adsorption or refrigeration condensation is monitored by a hydrocarbon analyzer.

Depending on the site, the control and monitoring of different hydrocarbons – for example, methane or non-methane hydrocarbons – will be required. An Infrared analyzer is used for this application and, again depending on site conditions, may need to be certified for hazardous areas.

This analyzer can be located in a control loop at the vapor recovery equipment or, for an emissions application, at the vent of the recovery system.

Alternatively, instead of capturing the hydrocarbons, they can be removed from the vent stream by destruction, typically through the use of a thermal oxidizer. This may also require the monitoring of combustion by-products like carbon monoxide and sulfur dioxide.

To perform this gas monitoring, a multi-gas Infrared analyzer is commonly used, as it will function effectively in air or inert gas environments.

In order to meet USCG requirements, a system performing both vapor recovery and emissions control must be calibrated before each loading operation.

For the most effective operation, it also requires robust sampling systems components, remote calibration capabilities, and a redundant analyzer system in a single enclosure. The analyzers should be designed for batch loading with varying background gases, and suitable for corrosive marine environments.

Benefits of expertise and experience

The technology used in MVR is federally mandated, so there is little – if any – variation in the design and engineering of these systems. Every dock skid has the same construction and components, with the only difference being the scale, which changes according to the volume of vapor being collected.

Competition between suppliers is therefore highly dependent on factors such as reliability and expert support.

The redundant system means operators can continue to load if they lose one analyzer, but must cease operation once loading is complete, to repair or replace the sensor. Downtime means that docks sit idle, costing logistic firms significant sums of money.

Reliable technology is, therefore, vital to MVR. However, occasional dock skid breakdown is inevitable, so rapid and knowledgeable service support from a company that understands the MVR sector is essential.

For example, Servomex’s global service network is a major benefit for end users, who can rely on rapid, expert support if their dock skid requires maintenance or repair. Continuous uptime is essential for logistics companies, so it is important to have the structure in place to get processes up and running again fast.

Servomex’s range of service products are scalable and customizable to suit user requirements and budgets, from a cost-effective, reactive approach to a full service partnership that delivers regular servicing and preventative maintenance.

With a strong track record in the MVR sector, Servomex is at the forefront of marine vapor recovery gas analysis as a turnkey solutions provider for OEMs.

The company has provided fixed and portable gas analysis solutions to the marine industry over more than 30 years. This includes supporting all the major petrochemical companies globally with redundant analyzer systems for safety-critical processes, including pure terephthalic acid (PTA), ethylene oxide and other potentially explosive and dangerous applications.

Most of Servomex’s MVR activities involve supplying gas analyzers to OEMs, though it is also involved in retrofitting of old systems that need to update their analyzers.

With its analyzers approved by the US Coast Guard and other regulatory bodies around the world, it has supplied more than 100 systems to the USA, and many more globally.

System designs have become well-developed and the technology is long-proven, so the performance and cost-of-ownership benefits of Servomex’s solutions mean it has become the go-to supplier for all the major manufacturers of marine vapor recovery systems.

For more information about Servomex’s MVR solutions, check out the company’s podcast: https://www.servomex.com/expertise/applications/marine-vapor-control?tab=podcast-tab#tabs

Reliable, high-quality components and expert support are the key differentiators in gas analysis for MVR.

Extensive systems build expertise, and the support of highly trained service personnel, are essential elements in delivering consistent, accurate measurements across a long life of operation.

This means MVR operators can be confident that they fully comply with global regulations while running a safe, efficient process. 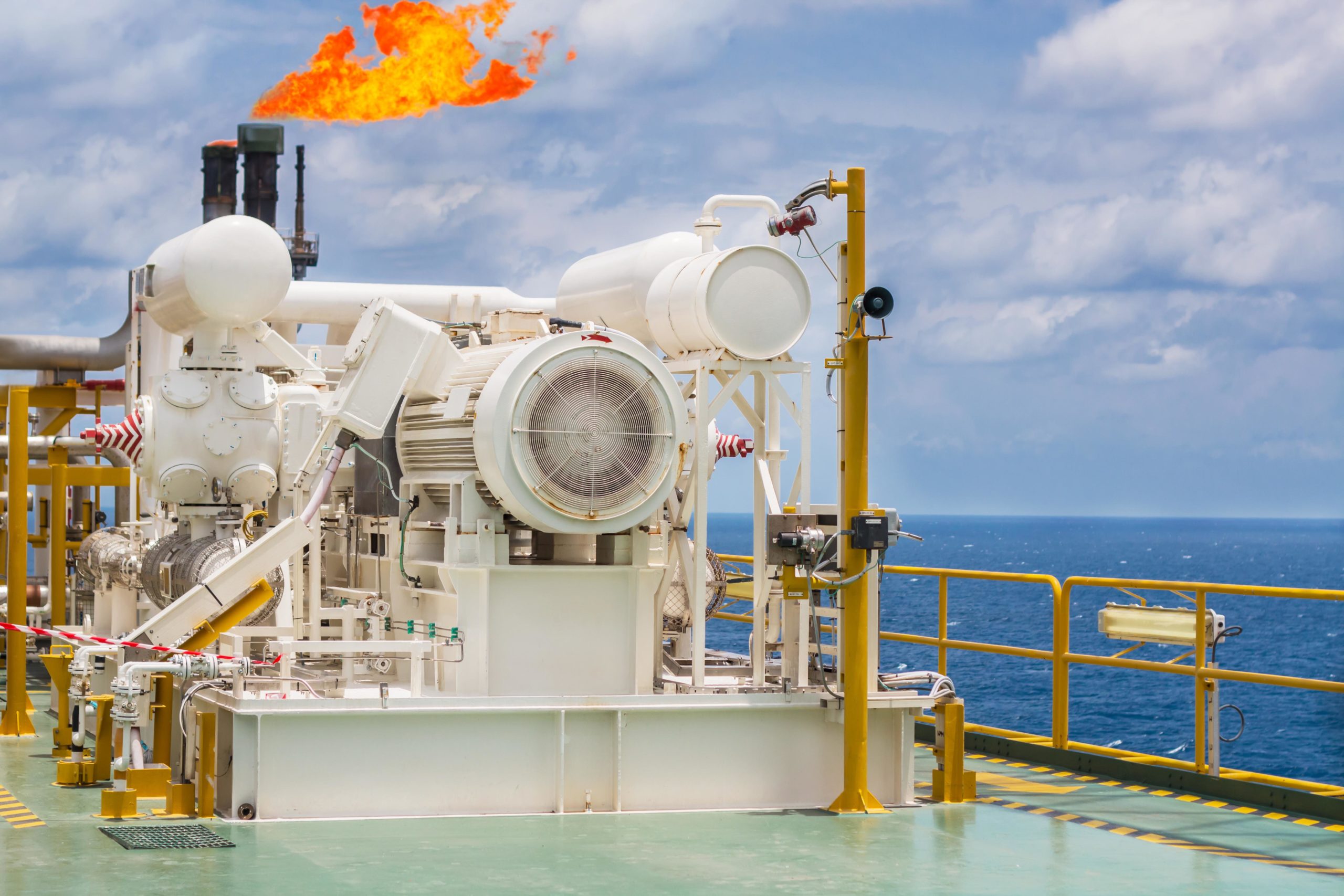