Atmospheric conditions are commonly referred to as ambient temperatures and pressures, that is to say, temperatures of -20°C to 40°C and pressures of 0.8 to 1.1 bar. Many workplaces may contain, or have activities that produce, explosive or potentially explosive atmospheres. Examples include places where work activities create or release flammable gases or vapours, such as vehicle paint spraying, or in workplaces handling fine organic dusts such as grain flour or wood. In some industries like the oil and gas industry, flammable gases are ever present.

The Dangerous Substances and Explosive Atmospheres Regulations 2002 (DSEAR) define ‘hazardous’ as a place where an explosive atmosphere may occur in quantities that require special precautions to protect the health and safety of workers. Identifying hazardous or non-hazardous areas should be carried out in a systematic way. Risk assessment should be used to determine if hazardous areas exist and to then assign zones to those areas.

The assessment should consider:

Along with the above factors, the following points should also be considered in detail.

Hazardous nature of the substance

The properties of a dangerous substance that must be known include; the boiling point and flash point of any flammable liquid, and whether any flammable gas or vapour that may be involved is lighter or heavier than air. For dusts, information on particle size and density will be needed, once it has been shown that a particular dust can form an explosive atmosphere. Often, relevant information is contained on a safety data sheet provided with the product.

Some potential sources of release may be so small that there is no need to specify a hazardous area. This will be the case if the consequence of an ignition following a release is unlikely to cause danger to people in the vicinity. However, in the wrong circumstances ignition of quite small quantities of flammable gas/vapour mixed with air can cause danger to anyone in the immediate vicinity. Where this is the case, as in a relatively confined location, from which rapid escape would be difficult, area classification may be needed even where quite small quantities of dangerous substance are present.

This was the case in an example that I investigated a few years ago, where two contractors were working in an underground tank with two stepped chambers. The contractors were using a spray foam to fill small holes in the underground tank. By definition, the tank had been considered as a confined space and gas detection had been conducted to ensure that the atmosphere was safe to enter. It had been anticipated that the quantity of spray foam would be minimal but in reality there was a significant amount of foam required. What was not identified in the risk assessment was that the propellant in the foam spray was flammable and eventually the mixture of propellant and air in the underground chamber reached a flammable mixture and ignited due to the proximity of temporary lights. The confined nature of the work site made it difficult to escape and one contractor suffered significant burns.

The size of any potential explosive atmosphere is, in part, related to the amount of dangerous substances present. Industry specific codes have been published by a variety of organisations to provide guidance on the quantities of various dangerous substances that should be stored.

Information relating to the processes that involve the dangerous substances should also be taken into account, including the temperatures and pressures used in the process, as this will influence the nature and extent of any release, and the extent of any subsequent hazardous areas. Some substances do not form explosive atmospheres unless they are heated, and some liquids if released under pressure will form a fine mist that can explode even if there is insufficient vapour.

Ventilation, either natural or mechanically produced (e.g. by fans), can both dilute sources of release and remove dangerous substances from an enclosed area. As a result there is a close link between the ventilation at any given location, and the classification and extent of a zone around a potential source of release. Well-designed ventilation may prevent the need for any zoned areas, or reduce it so it has a negligible extent. In the example given above, it is quite likely that had there been forced ventilation in the underground chambers, then it is much less likely that a hazardous flammable mixture of propellant would have built up.

Other considerations and examples

When considering the potential for explosive atmospheres, it is important to
consider all dangerous substances that may be present in the workplace, including waste products, residues, materials used for cleaning or maintenance, and any used only as a fuel. Some combinations of dangerous substances may react together, forming an ignition source or in combination forming an explosive atmosphere, where singly this does not occur.

Some repeated activities such as refuelling cars, or loading and unloading tankers intended for use on the public roads, involve the introduction of potential sources of ignition into an area where a spill is possible, and which would meet the description of a hazardous area. In these circumstances, safety can be achieved by isolating power sources (e.g. turning off engines) while a transfer is taking place, and making suitable checks before and after a transfer, before moving a vehicle into or out of a hazardous area. A further consideration here would be ensuring that associated pipework and containers are fully earthed (grounded) to prevent static sparks from being created.

Activities such as maintenance may incur risks not covered by the normal classification of the area where the activity is taking place, for instance the introduction of sources of ignition into a hazardous area. Sometimes the dangerous substance can be removed before the maintenance work activity starts. In the oil and gas industry, storage tanks are required to be inspected and maintained on a periodic basis. Before this work can commence, tanks that had been used to store hydrocarbons are emptied, cleaned and flushed continuously with air to ensure that there is no longer a flammable environment. Very importantly as mentioned earlier this includes removing hazardous residue that may release vapours and fumes.

“loading and unloading tankers intended for use on the public roads, involve the introduction of potential sources of ignition”

The Worker Protection Directive 1999/ EC and the international standards IEC 60079-10-x, EN 60079- 10-x define these zones. In all cases, zone classification is the responsibility of the owner of the site where the potentially explosive atmosphere exists.

There are six zones:

Equipment categories are used in ATEX. The category indicates which safety level of product must be used in each zone.

There must be a strict practice of prohibiting any smoking on site, with the exception of identified ‘safe zones’, which will be well outside the designated hazardous zones.

Key information that must be communicated includes:

As always in the hierarchy of control the provision of personal protective equipment should be viewed as the last level of protection. That said, it can have a very important role in providing additional safeguards to people working in flammable and explosive atmospheres. Appropriate protective clothing may include, but would not be limited to; flameproof coveralls, protective footwear, eye and hand protection. The provision of eye wash facilities and medical first aid should be made in the immediate area. It will also be necessary to consider the provision of emergency decontamination/deluge showers.

Disposal of flammable and dangerous substances

Dangerous and flammable substances must be disposed of safely and in a manner that minimises environmental risks. In this respect, and to demonstrate your organisation’s responsibility, waste products will generally need to be stored and handled according to the same standards as the products from which they were derived. They will also be subject to the same legislation, unless their properties have been significantly altered by the processing. This will require the provision of suitable containers that are correctly labelled appropriate to the contents. Waste product should not be put into drains or water courses. There is the potential to create a local explosive mixture within the drainage system or damage biological purification systems at the water treatment works. Waste materials collected from different processes should not be mixed before disposal
unless the various components are known to be compatible. Consideration will need to be given to the eventual disposal techniques at the early stages of the risk assessment. Methods of decanting waste into the containers should be assessed and the correct ancillary equipment provided. Any system of decanting the products should be assessed to account for the dangers of static electricity and suitable provision of earth leads made. When not in use, containers of waste product should be securely closed to prevent leakage and should be returned to storage areas. Waste product must not be decanted into containers within a storage area; the container should be taken to the designated work area.

Explosive atmospheres are unavoidable in process industries like petroleum refining and explosives manufacturing. Adopting active monitoring methods, executing risk assessments, conducting regular inspection and performing regular maintenance along with implementing and using equipment like flameproofing and dust ignition proofing in the workplace as per the legal guidelines, safe disposal of flammable waste will reduce the accidents in explosive atmospheres while working.

It Takes an Army 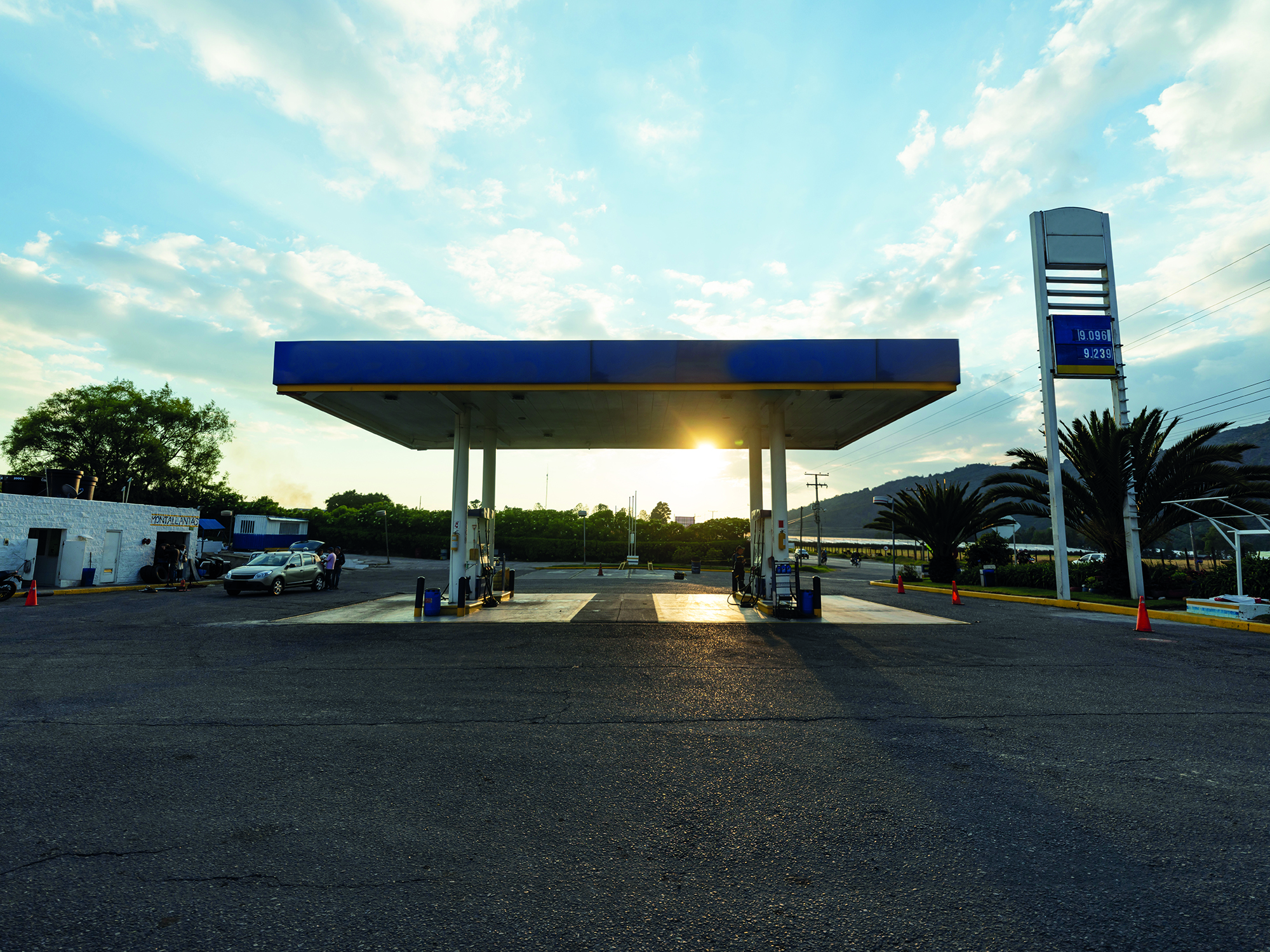 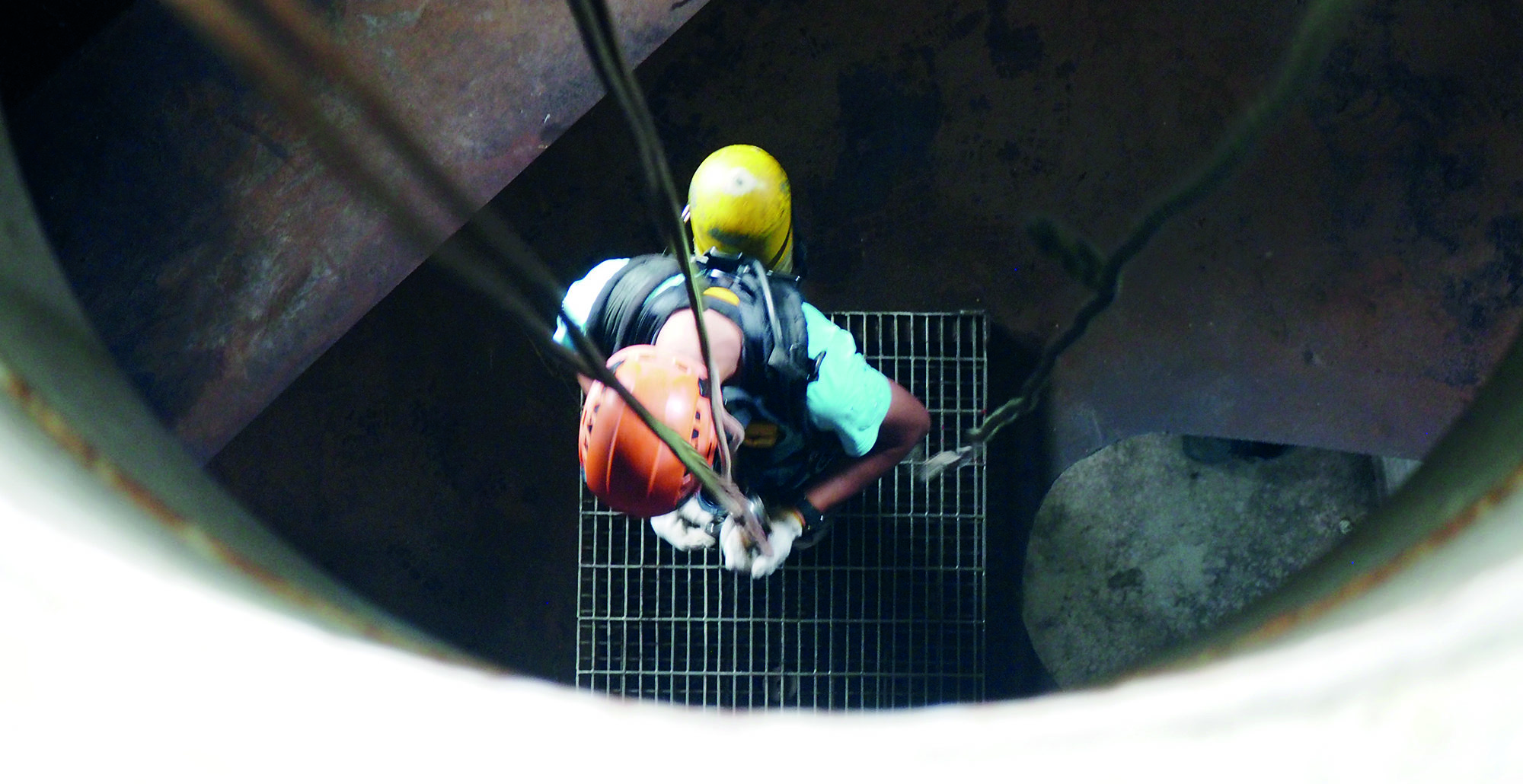 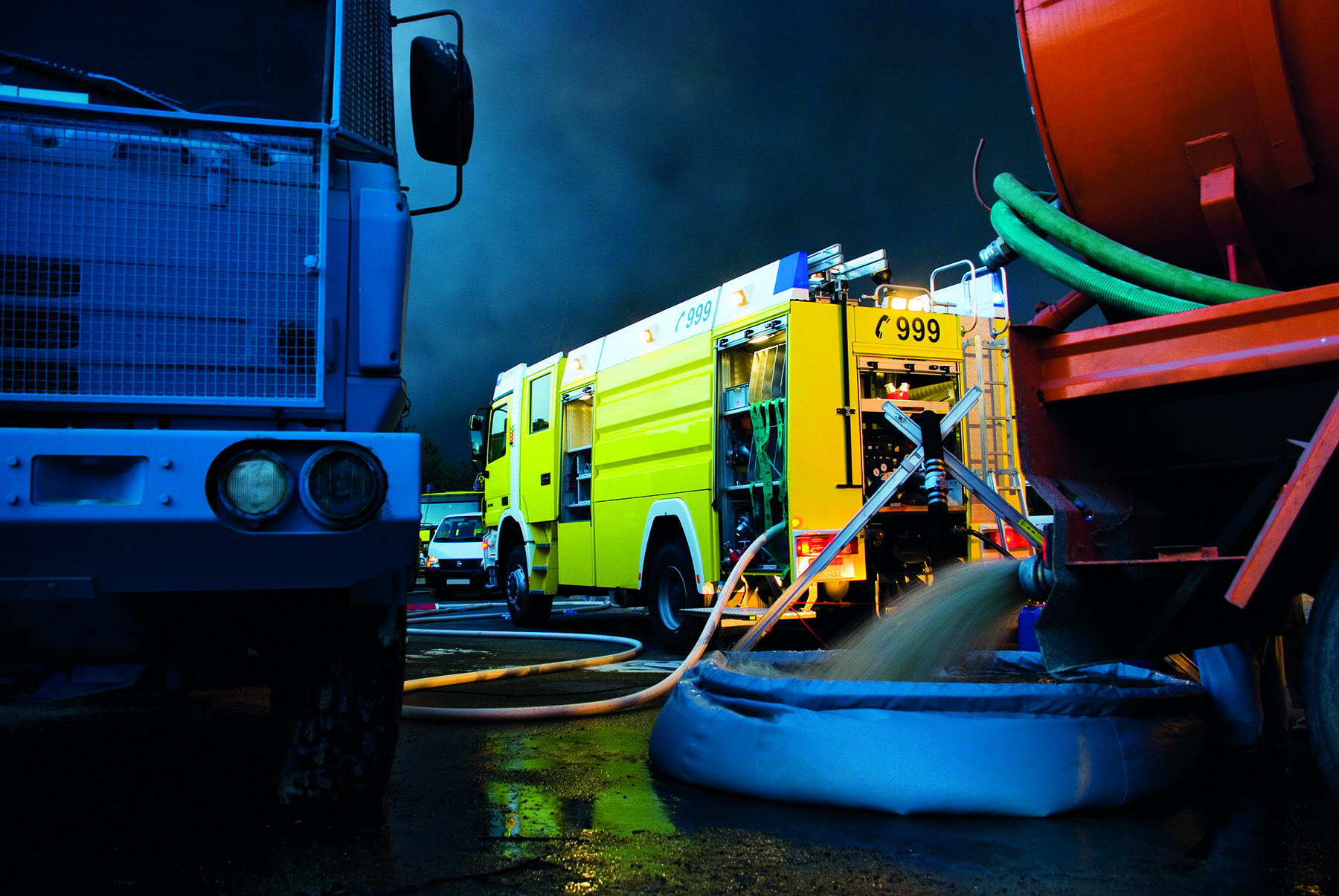 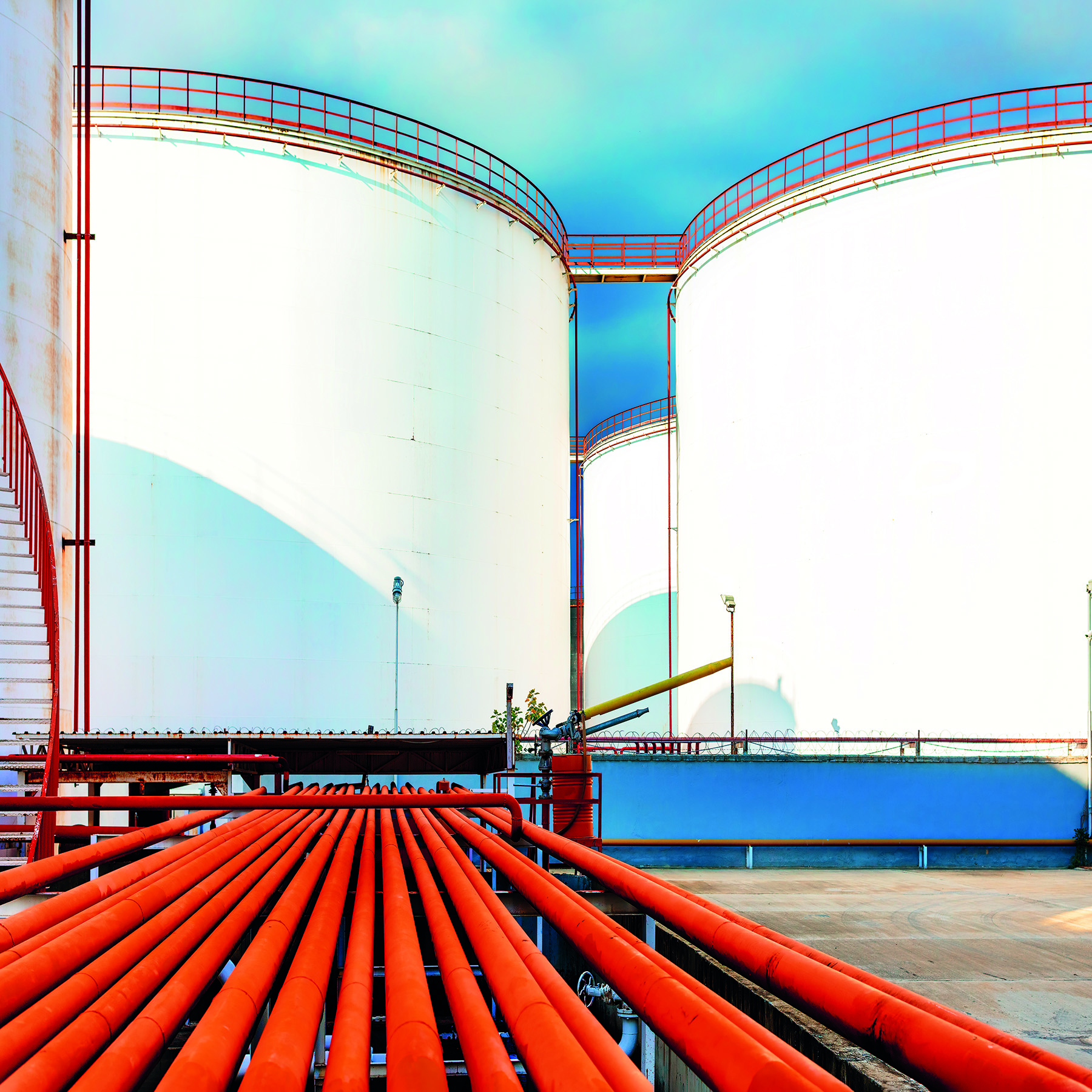 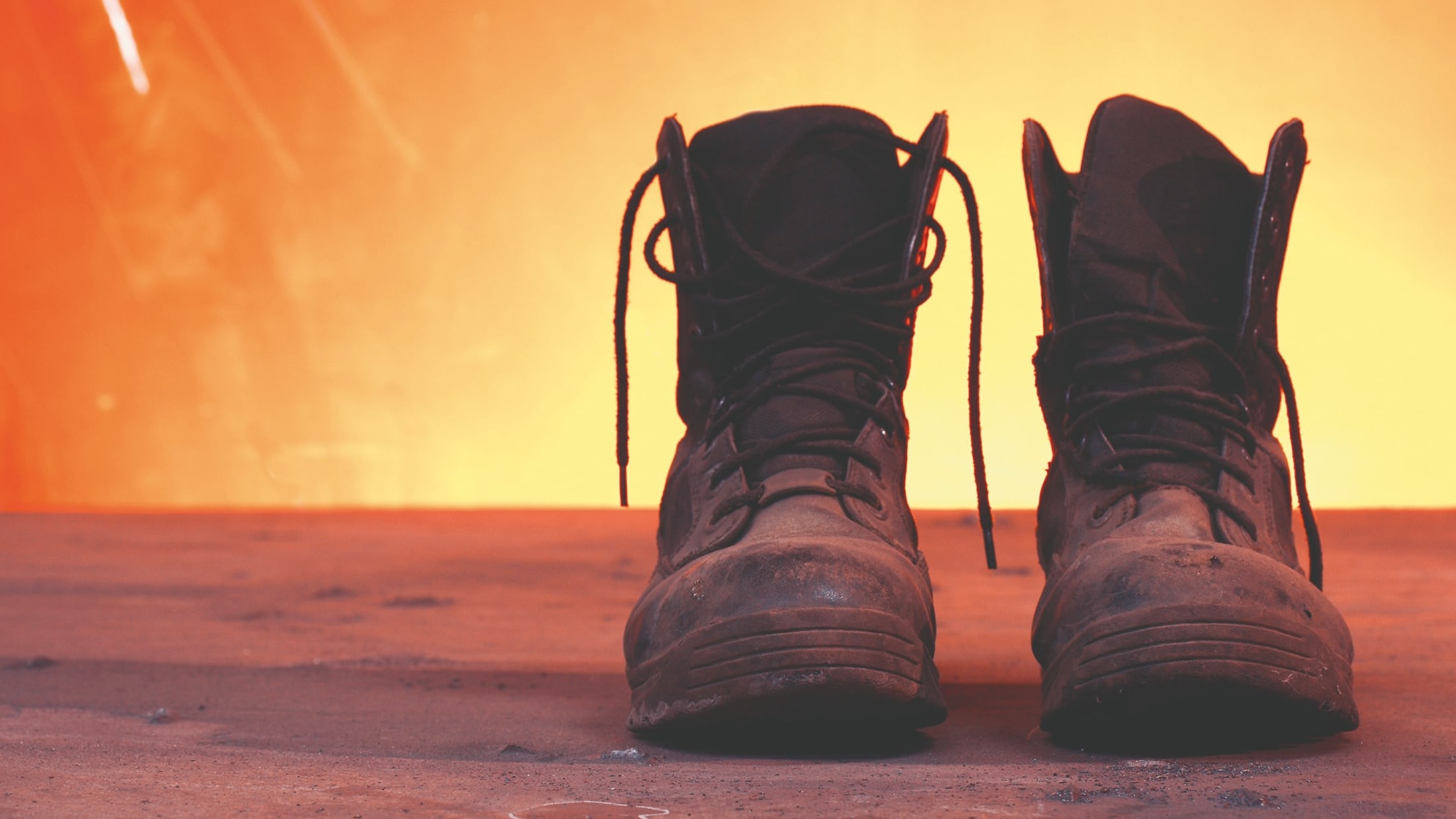