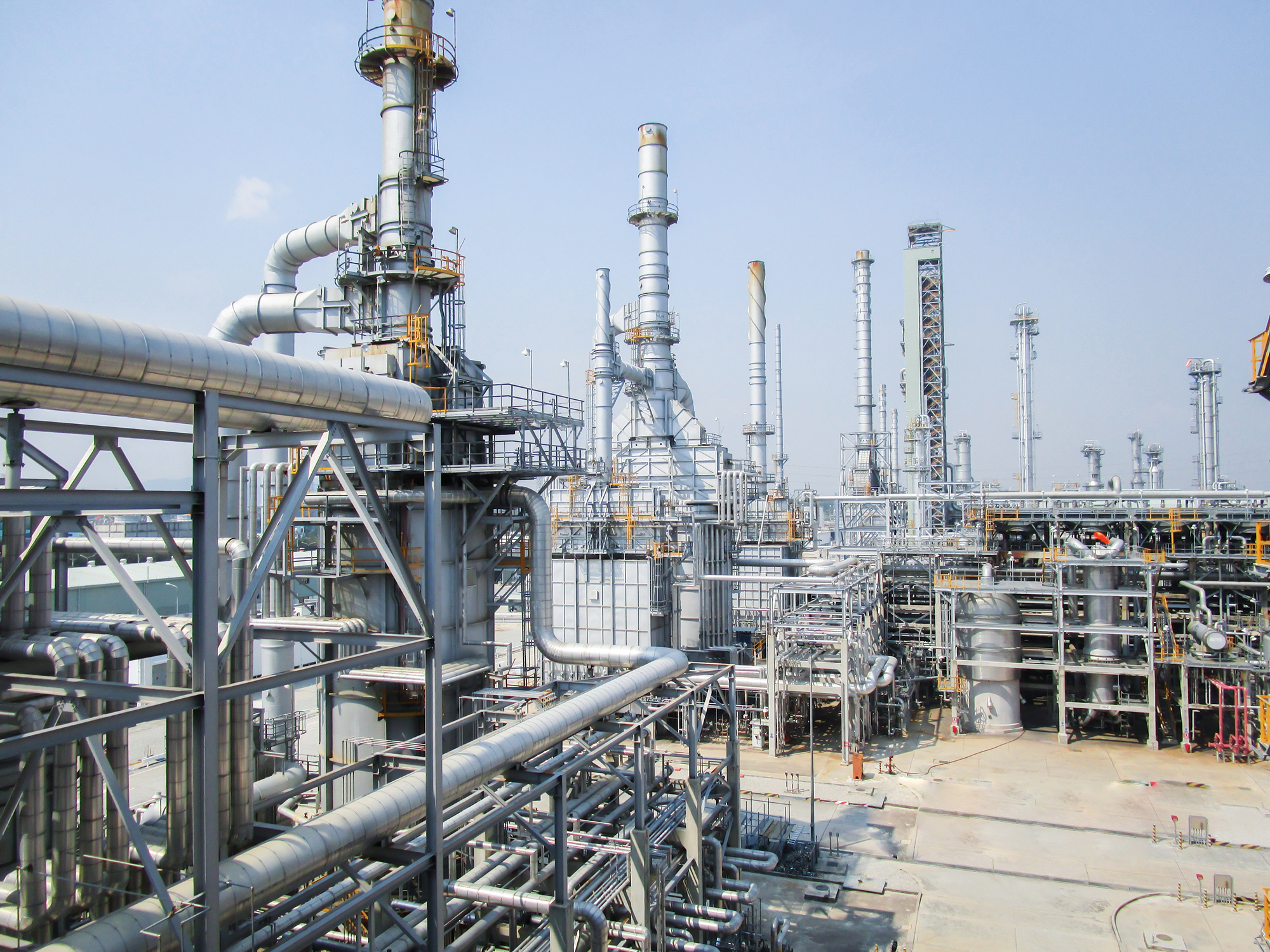 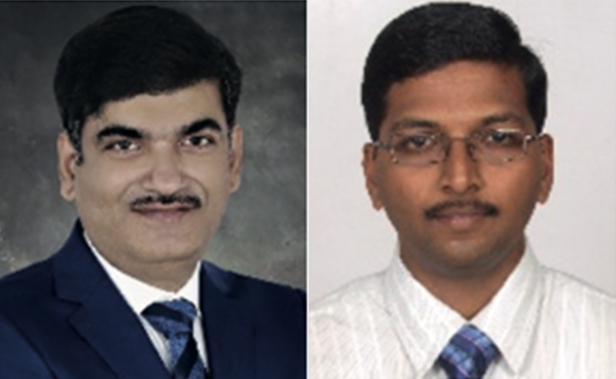 By Debasis Guha and Janardhanan Selvakumar

Gas detection and associated actions are one of the most fundamental safety requirements of any industrial or domestic facility. A gas detection system is provided to facilitate an early warning to personnel of potentially dangerous situations in terms of flammable or toxic atmospheres (gas) or fires. It also enables the automatic initiation of remedial actions to avoid or minimise an escalation, e.g. by initiating relevant shutdown and depressurisation. The scope of this article is restricted to industrial applications’ gas detection.

A gas detection system does not prevent a hazardous situation, but rather minimises the impact from consequences of an event that has already occurred. Proper design and management of the gas system is of utmost important to ensure its effectiveness in reducing risks to people, environment, and assets. An analysis by Health and Safety Executive (HSE) of eight years of hydrocarbon release data revealed that only 60% of major hydrocarbon gas releases on offshore facilities were detected1. Key measures to improve the detection of a gas leak or fire scenario is to have diverse detection means (gas, flame, smoke/heat etc.), whilst having adequate numbers of detectors to ensure good detection coverage.

The right selection of detection techniques, combined with an adequate number of detectors, will ensure a reduction in risk and a better availability (less spurious alarms) of plant production.

A gas detection system is one of the key mitigation layers and is crucial for initiating the safe shutdown of plant and emergency responses. The following are the key reasons why a gas detection system must be designed and implemented with the highest precaution and precision.

Choosing the most suitable fixed gas detection technology depends on a number of factors, including fluid handling in the facility, like the flammability limit, toxicity limit, density and operating process parameters.
The detection technology must be approved by local regulations and certification regarding reliability, safety integrity, maintainability and robustness against local environmental conditions, and any emergency situations it will be subjected to.

It is important to identify the calibration gas that is most suitable for the target gas to detect. A gas detector datasheet should include the specific gas (Target Gas) or mixture of gases to be detected for accurate factory calibration and also for determining the cross sensitivity of the detecting element. However, it is not necessary that the calibration gas is the actual target gas. Normally methane (CH4) or pentene (C5H10) are used as they have good correlation with various target gases encountered in oil and gas facilities. During calibration equivalency shall be obtained using the correlation table (refer Figure 1) and output (4-20 mA) to be adjusted accordingly.

If the gas detector is calibrated with methane, without adjusting response factor, it will be too dangerous for the facility as most of the detectors will read low when there is a high concentration. The “equivalent gas” method will also be followed during the operation phase during scheduled or unscheduled calibration.

Process laboratory gas detection system is unique in the sense that there are flammable gases like hydrogen, acetylene etc. distributed across the laboratories in almost every room and most of them have human occupancy of almost 100%. Additionally, carbon dioxide (CO2), nitrogen (N2), nitrous oxide (N2O) and argon (Ar) are also often present, which can deplete the room oxygen percentage in air in case there is a leakage. Hence, apart from flammable gas detectors, oxygen detectors are also mandated. In case there is a low oxygen alarm, it will indirectly indicate a leakage of N2, CO2, N2O or argon.

In case of flammable gas detection, a laboratory gas distribution system will be shutdown via the pneumatic shutoff valve mechanisms which are installed on each flammable gas cylinder outlet. However, it is critical that in case of confirmed gas detection, the laboratory fume hood exhaust system shall not trip but continue to operate normally. Also, there will be no fire/gas damper in the fume hood exhaust ducting. NFPA 45 provides guidelines on this subject and can be referred to for further details.

Conventional gas detection methods have limitations as they are affected by many factors like wind direction, right placement, adequate coverage and sensitivity. Also, they don’t holistically address the safety issue since they cannot track vapour cloud movement and are limited to target gas detection only. The conventional gas detection system cannot predict the size of leakage or provide any visual understanding of the gas release quantum.

It is essential that from the FEED stage (front end engineering design) any F&G philosophy should address the requirement of detection and coverage of all the flammable and toxic gases present in all the streams as necessary.

The detection philosophy and its voting logic should be finalised during the FEED stage and shall be followed during EPC stage. This is another issue arising in multiple-EPC projects due to the shear complexity of interfaces between the contractors. Table 2 highlights some of the key challenges during EPC Stage.

F&G detection mapping is commonly used for optimising the flame detectors in the plant facility. Computerised Fluid Dynamics (CFD) based modeling and gas mapping are used for risk-based gas mapping. Such CFD studies require a fairly accurate 3D model for developing the wind flow pattern that will be the basis for the gas cloud formations. Such gas mapping studies follow a risk-based approach that depends on the ventilation distribution due to wind patterns. Based on the released gas properties and the congestion in the area, the gas dispersion pattern changes. Some of the dispersion patterns derived using CFD based dispersion are given in Figure 2.

This is an era of technological advancement and digitisation. With advanced artificial intelligence and a neural network in place, experts and companies have already figured out how to conceptualise effective gas detection technique at optimised CAPEX and OPEX. Visual means of detecting a gas leakage (like OGI, Optical Gas Imaging camera) with the aid of ground-breaking technologies like optical and thermal imaging, can detect hydrocarbon leaks at natural gas well sites, offshore platforms, refinery, petrochemicals, liquid natural gas terminals, and more. High-level application and filtering software, in combination with gas detection and control systems, enhances accuracy and the reliability of the system.

The OGI camera uses a unique spectral filter method that enables it to identify a gas compound by detecting thermal energy (heat) with a specialised sensor and filter combination. The filter is located in front of the sensor and cooled to very low temperature to avoid any thermal radiation exchange between the filter and the sensor. Using the principal of bandpass filter (spectral adaptation) a camera sensor can detect the reflected thermal energy spectrum. When there is no gas cloud between camera and object, a greater amount of energy will be reflected from the object and will be introduced through bandpass filter and fall on sensor. However, if there is a vapour cloud, the gas will absorb the thermal energy and hardly any reflected energy will enter the sensor. Thus, the intensity of the energy will be reduced to a greater extent. This can be correlated to the concentration and gas vapour cloud presence.

It is also possible to monitor/detect leaks from unexpected locations, where the conventional approach does not allow for the positioning of the gas detection device. The following aspects can be observed/measured (these may differ based on technology deployed) which will not be available with conventional detection methods.

Will conventional detection methods no longer be required, and be replaced by advanced methods like OGI cameras? At present, this is definitely not possible, and will require further advancement and confidence on the part of the end user. However, in conjunction with conventional detection systems and advanced imaging cameras, facilities can be secured to the greatest extent. Moreover, OGI will help to identify and minimise harmful greenhouse gases like methane, carbon dioxide, etc., which absorb thermal energy and increase global environmental temperature. For a world increasingly focused on sustainability, it is understandable that many companies are relying on innovative technologies to reduce greenhouse gas emissions. Whilst this has its benefits, it is important to consider the benefits, and challenges, of every gas detection technology before contemplating its use.

Petrofac is a leading international service provider to the energy industry and its diverse client portfolio includes many of the world’s leading, independent, and national oil and gas, and renewable energy companies.

The firm designs, builds, manages and maintains infrastructure for the energy industries. Its comprehensive and tailored service offering covers each stage of the project life cycle and a variety of commercial models, giving clients the flexibility, they need.

Engineering expertise, expertly delivered, is at the heart of the Petrofac philosophy. The company’s engineering excellence enables it to design and build best-in-class energy facilities that are engineered for safety and efficiency.

Petrofac has inhouse expertise and experience for performing risk-based fire and mapping studies, adopting latest, right 3D/CFD software tools for the study. Fire and gas detection technologies are selected appropriate to the risk perceived in the process areas.