Disposable Gloves in the Workplace 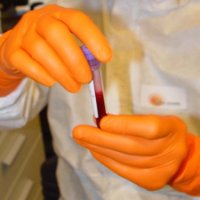 For many applications in the workplace we wear disposable gloves, to the extent that for many people they have become an everyday feature of working life.

Disposable gloves come in all sorts of colours, while the different materials they are made of also seem to be growing. For a product that shares such a high level of intimacy with our working life, it may come as a surprise that few of us take the time to understand their purpose. This article will therefore review glove barrier properties in the workplace and why gloves really are our first line of defence.

In terms of purpose, disposable gloves are often expected to provide personal protection against chemical splashes and biohazards, plus provide protection to the process from human-borne contamination. To assess these different needs, we will first look at glove materials, then discuss in greater detail how disposable gloves satisfy the need for chemical splash and biohazard protection.

An understanding of the barrier effectiveness of glove materials is necessary, as part of the overall risk assessment. Table 1 summarises some of the main features of the most frequently encountered glove materials. Of note is the high in-use failure rate of vinyl, which is evident in the graph from the *1 Rego & Roley (1999) study. This could indicate that this glove material is not suitable for more rigorous applications in the workplace, where the emphasis may be on personal protection from chemical splashes and biohazards.

Also of interest is the emergence of neoprene as a credible synthetic alternative to latex, with some differences to nitrile in terms of chemical barrier performance. As the physical properties of glove materials are critical for determining barrier effectiveness, details on tensile strength and elongation are also provided in Table 1. Perhaps surprisingly, measurement of physical properties is not a requirement for “Protective gloves against chemicals and micro-organisms” (as defined in EN374-1: 2003 “Terminology & Performance Requirements”). Accordingly details of the nearest appropriate European standard (EN455-2: 2000 covering examination gloves and before accelerated ageing) are provided, as are the ASTM equivalents. The relevance of testing for physical properties is described below:

Council Directive 90/679/EEC dated 26th November 1990 is the original version of the regulation covering protection of workers from risks related to exposure to biological agents. It has been substantially revised over the years and Council Directive 2000/54/EEC (*4 OJ L262/21) appears to be the latest version. This Directive classifies biological agents into four groups, which determines the level of risk and the containment level. The biological agent groups are defined as follows:

Table 2 is a summary of the details in the Directive from the perspective of some of the safety aspects. As the Directive does not appear to mention specifically gloves, the recommendations from the “Biosafety in Microbiological and Biomedical Laboratories”(*5 CDC/ NIH 1999) are given. In addition, there is a heading titled “Other possible considerations for hand protection” which attempts to give some additional options on disposable gloves, as this level of detail is not covered in the regulations.

These are not recommendations and the appropriateness of a glove for a specific task must be based on a risk assessment. The possible options given in the above table draw on the standards (as defined in EN374: 2003 “Protective gloves against chemicals and micro-organisms”) which relate to the Council Directive 89/686/EEC for Personal Protective Equipment (PPE). Points to note are as follows:

How do I know if my gloves fulfil the criteria for being microorganism resistant?

The above pictogram is the standard biohazard sign and is also used on gloves that have fulfilled the criteria for being micro-organism resistant, according to the latest version (2003) of the penetration test (EN374: 2).

The question mark in the middle of the square-shaped glass beaker reminds those of us engaged in risk assessments in the workplace that we are referring to “low chemical resistant” or “waterproof” gloves. It should also encourage us to seek additional information from the glove manufacturer on the chemical permeation time for specific chemicals that are being used in the workplace. Whilst most reputable glove manufacturers have available extensive chemical permeation data, we need to appreciate the limitations of this data:

To compensate for the potential shortcomings in EN374-3: 2003, several glove manufacturers now provide data on degradation. The latter relates to the deleterious change in one or more physical properties of a glove material due to contact with a chemical (*6 HSE). In the presence of a chemical, glove materials may become stiff, discoloured or brittle. Likewise they may become softer, weaker and become swollen. Degradation is important as the permeation resistance of a glove material can be substantially reduced. The above picture shows the effects of chemical degradation, sometimes causing the fingers to swell to several times their natural size.

There is currently no internationally recognised test for degradation, thereby making it difficult to validate manufacturers’ claims. However as part of EN374, a test for degradation is under development and may address Protective Gloves | ARTICLE the need for a universal standard to measure chemical degradation.

Table 1 provides some guidance on which glove materials perform best with certain chemical classes. Specific breakthrough data from glove manufacturers will also be helpful as part of the overall risk assessment. It is important to appreciate that under Council Directive 89/656/EEC it is the duty of the employer to audit the risk and provide appropriate PPE. Therefore the suitability of a glove for a specific task must be determined by making a risk assessment.

Finally as has been noted for biohazard protection, EN374-1: 2003 stipulates a minimum length of 26cm for size 10 gloves (XL). As most disposable gloves are of one size, this would mean that all disposable gloves used for protection against chemical splashes and biohazards should have a minimum length of 26 cm. However, few of the gloves routinely used in the workplace would satisfy this requirement. This seems strange given that the rationale for longer cuff gloves is for protection of the wrist from chemical splashes and biohazards.

This article has taken a closer look at the barrier properties of disposable gloves. Particular attention has been given to protection from chemical splashes and biohazards. The value of long cuffed gloves for protection of the wrist has been noted, although it would appear that few manufacturers are to date complying with the minimum length required for conformance with EN374- 1: 2003 (“Protective Glove against chemicals and micro-organisms- Terminology & Performance Requirements”).

For protection against biohazards, the benefits of using gloves with an AQL of 0.65 was suggested in terms of giving the glove wearer increased protection against biological agents in groups 3 and 4. Similarly the limitations of EN374-2: 2003 (determination of resistance to penetration) was discussed in so far as it does not appear to offer protection against viruses. In this context it was suggested that for protection of biological agents from groups 2 to 4, it may be advisable to use gloves that have proven viral penetration resistance. Whilst ASTM F1671 is not a European standard, it may be a temporary solution.

Specialties:Boundary spanning – through managing complex and ambiguous inter-company and intra-company boundaries, as demonstrated from 30 years of successful business-to-business management 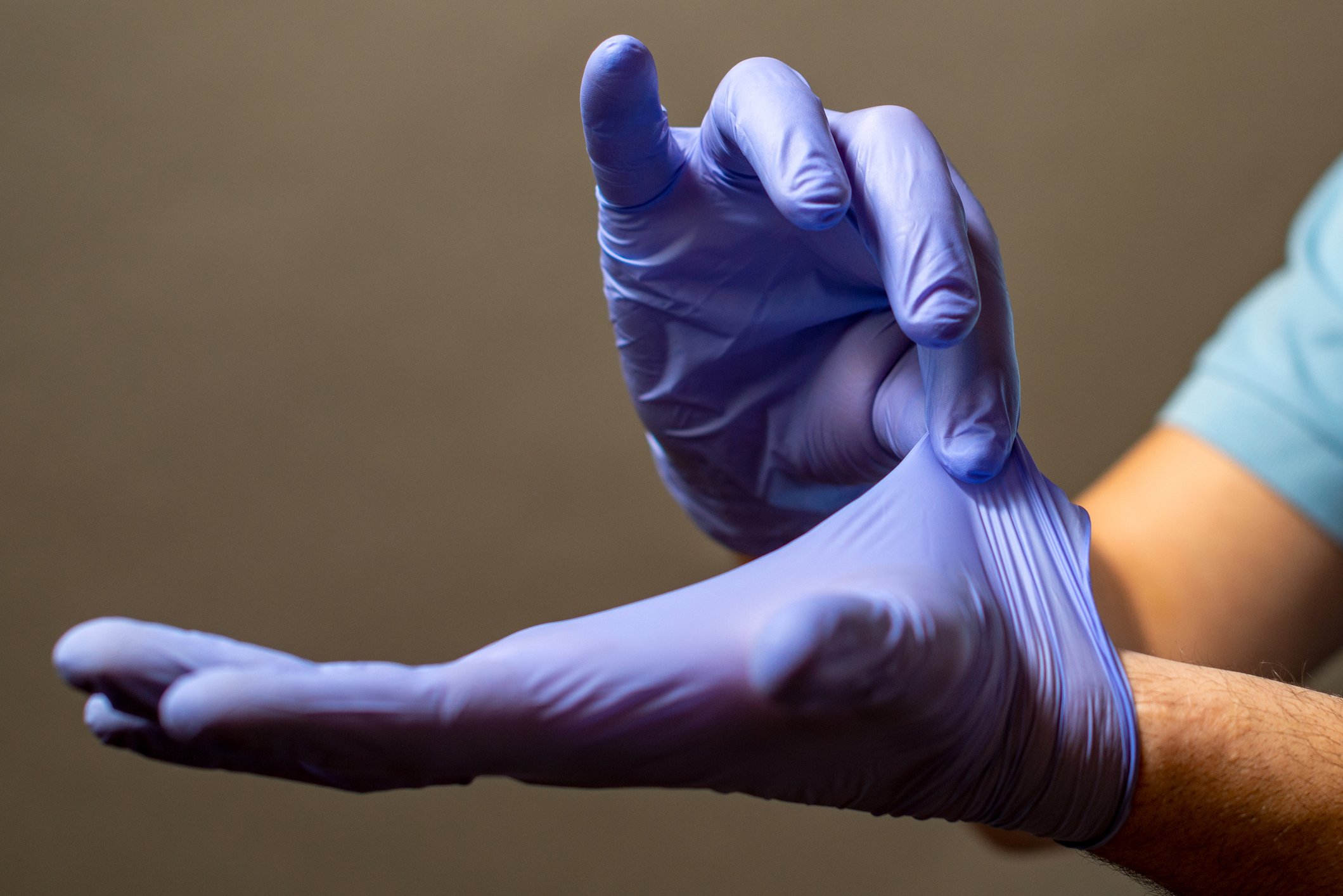 If My Hands Could Speak

Disposable Gloves in the Workplace