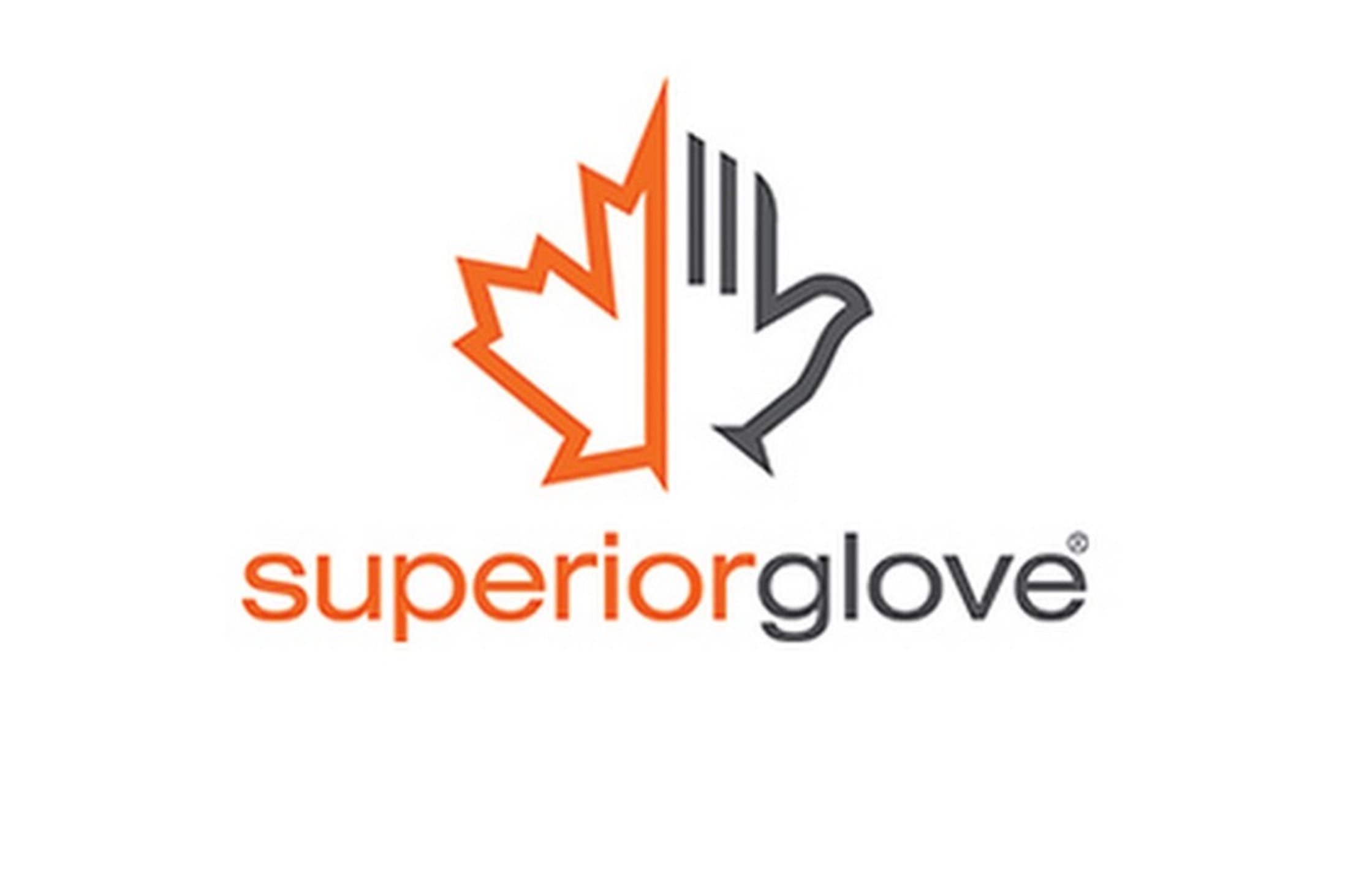 For more than a hundred years, my family’s company has been making work gloves. We make—no kidding—over 1,000 different kinds of gloves in over 5,000 SKUs.

Yet I will be the first to tell you that proper gloves are far from the only, or even best, answer to a safer work environment.

For the safest work environment possible, you must follow the hierarchy of safety controls. This hierarchy is composed of five core strategies. These are, from most effective to least effective:

Most everyone involved in safety knows of this hierarchy, but it’s often forgotten in day-to-day safety conversations and decisions.

Workplace injuries cost companies billions of dollars every year in worker’s comp, to say nothing of the immeasurable cost an injury can have on an individual’s quality of life. Safety needs to be a prerequisite at any company, and that means burning the hierarchy of safety controls into your mind.

THE SAFETY HIERARCHY IN ACTION

One of our territory managers visited a paper mill where workers had to carry long, heavy, sharp blades weighing maybe fifty pounds, about 500 feet from the roll-cutting machine to the sharpener several times a day. The manager told our territory manager he needed to find some “super cut-resistant gloves” to protect the workers as they made these journeys.

When our territory manager and the manager went down to visit the mill floor together, it turned out that indeed, a worker had just been injured—but the guy had stabbed himself in the stomach carrying a blade. He’d slipped, and the blade had ripped through his shirt, where he had to have stitches along his belly.

“Instead of buying new gloves,” offered our rep, “why not build custom wooden boxes to carry around these blades? It’ll cost you maybe ten dollars a box to build them. You put the box in a cart and roll it across the factory. You’ll save maybe $50,000 a year on fancy gloves, and you won’t have the problem at all.”

Why were this manager’s employees walking around all day carrying huge blades against their bellies? Because the manager had failed to look for an elimination or engineering solution before dropping down to the level of PPE. He’d ignored the hierarchy in his thinking.

By taking a step back and returning to the hierarchy, our territory manager was able to suggest a solution that would result in much higher safety. Cut-resistant gloves, no matter how great they were, would not have prevented the stomach injury, whereas the elimination solution of boxes would. As an added bonus, that solution was cheaper!

A logical and rigorous approach to work safety will always start from top to bottom of the hierarchy, as options are explored. The point is to take the most effective actions you can to reduce or eliminate injuries, and not automatically skip down to the easier, less-effective solutions lower down—until you are absolutely certain higher-level actions cannot be achieved.

In creating a safer environment, elimination should always be the first step, so let’s take a closer look at this key strategy.

When you identify a hazard, force yourself to first ask if that hazard can somehow be completely eliminated. Seems obvious, right? But it’s surprising how often people take a hazard for granted, as in “that’s just the way it is.”

At my company, we mold gloves on forms. For years, people were at risk of getting carpal tunnel syndrome from the repetitive task of removing gloves from those forms. When we finally thought the problem fully through, we realized we could completely eliminate the carpal risk by adding a compressor that automatically inflates the gloves and pops them right off the form when they’re baked. Bingo.

A new tool? A completely different approach? How could a hazard be completely eliminated?

Second down the hierarchy is substitution, replacing the hazard with a safer alternative.

If workers have to handle toxic chemicals, they should certainly wear the right chemical-resistant gloves—but could lesstoxic chemicals be found to do the same job?

If workers are using knives, would retractable box cutters work just as well, reducing the chance of a cut?

Could a substitution reduce, if not eliminate the risk?

Third down the hierarchy are engineering controls, which isolate people from a hazard. This includes all manner of safety guards that attempt to keep fingers away from moving gears, blades, grinders, and belts.

Engineering controls can be even more aggressive. If you have a highly hazardous machine, can it be caged and locked out so that only properly trained workers have access? Can the machine be entirely redesigned to make it less dangerous to hands? Could you add an emergency stop switch linked to an electric eye? A trigger grip that has to be held to keep the machine running so it stops the instant the worker lets go? Special handles on boxes to protect fingers?

Fourth down the safety hierarchy is administrative controls.

This is a big, broad category which can include, for example, redesigning the job instead of the equipment. Can you rotate people into positions on a line to avoid carpal tunnel issues? Can you change the way they reach for parts? The order in which they do the work? Give more breaks to improve concentration?

At the bottom of the hierarchy comes personal protective equipment (PPE).

Why are things like gloves, sleeves, hard hats, aprons, and seat belts at the bottom of the list? Shouldn’t people always wear PPE when doing hazardous work? Well, yes and no.

PPE cannot protect against many kinds of hazards, and ultimately, it’s the last resort, the final line of protection against a cut, a burn, a chemical exposure, an impact, vibration, a germ exposure, a crash, or you name it.

PPE is the final shield when all other shields have failed.

Unfortunately, it’s all too easy to forget that PPE lies at the bottom of the hierarchy. Getting people to wear PPE must never prevent you from exploring all the upper levels of safety actions. Far too often, managers start by thinking, “We need better PPE,” instead of “How can we eliminate this hazard altogether?”

That said, it’s important to remember something else about PPE: Ultimately, you can have all the other levels of the safety hierarchy going, and still miss a critical element. In fact, given the unpredictability of the universe, you will always miss a critical element. When the unexpected happens, PPE might be the very thing that saves a worker’s hand, leg, or life—and often does.

USE ALL AVAILABLE MEANS OF SAFETY

Useful as the safety hierarchy may be, it may falsely give the impression that you should only focus on the highest level possible while ignoring other levels. In reality, you want to use all available means of safety.

In nearly every case, you will need to use multiple levels of the hierarchy simultaneously. Being in charge of people’s safety is a critical responsibility and one you cannot take lightly.

Resist the urge to jump to the lower levels of the hierarchy or focus only on certain levels, even if that seems to offer the easiest solution. Only with a robust approach of elimination, substitution, engineering controls, administrative controls, and PPE combined will you create the safest work environment possible. 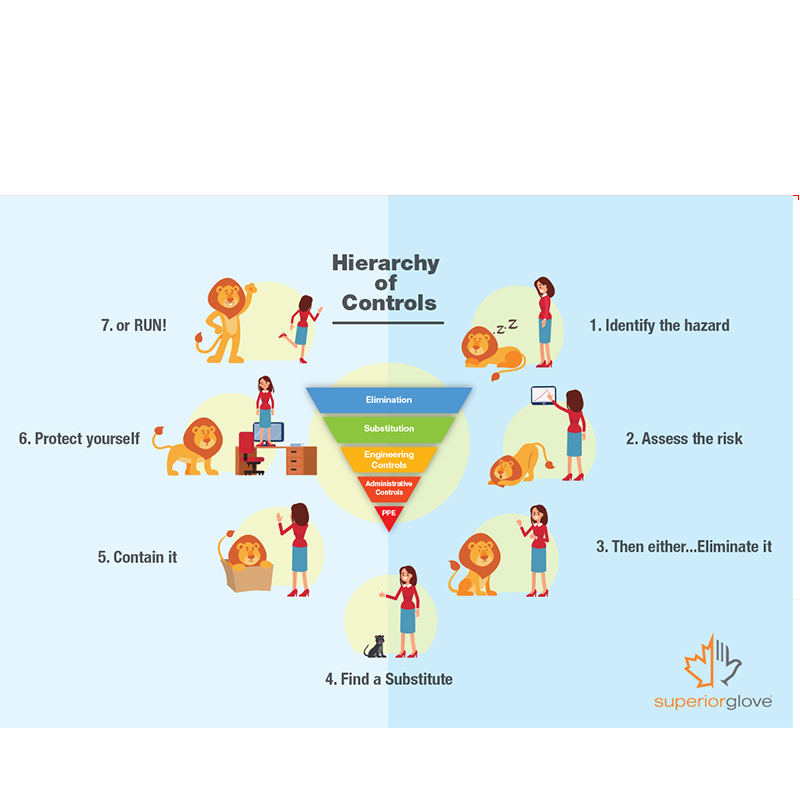